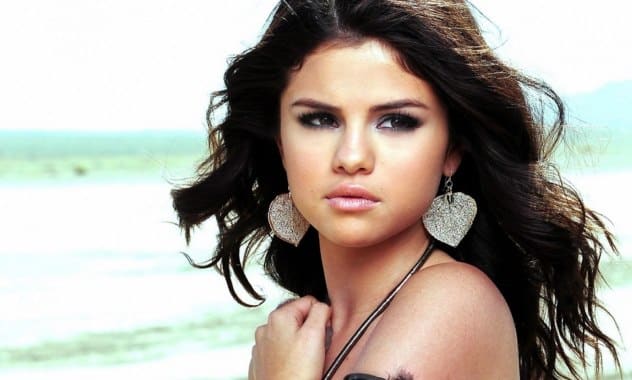 Selena Gomez is opening up about her relationship with Justin Bieber—through her music.

The adorable pop star’s new album Stars Dance is set to debut in just two weeks, but a new track from the highly anticipated record has leaked, and the Bieber breakup ballad, titled “Love Will Remember,” features a voicemail supposedly from the former Disney darling’s on-again, off-again beau.

The song—which the singer has previously confessed is indeed about her ex—begins with a recording of a voicemail that certainly sounds like Justin Bieber confessing his love to his former gal.

“Hey babe, it’s me,” the recording begins. “I just want to call and tell you that I love you so, so, so, so much. I just wanted to let you know that you are my princess. You are worthy of all the love in the world. You are the love of my life.”

Cue Selena’s sentimental vocals as she sings about a love lost and a special romance she will always remember (talk about taking a hint from bestie Taylor Swift !).

The brunette beauty has previously opened up about the heartfelt tune, telling InStyle mag, “That’s the most personal track on the record, for sure. I think it’s a sweet way of releasing it. It’s not an aggressive approach to what people are probably expecting. I’m sure he’ll [Justin] love it too.”

While the track certainly suggests the former lovebirds are officially over, Justin and Selena continue to keep us guessing when it comes to their ever-changing relationship status.

On the Fourth of July, the Biebs posted an Instagram photo with his former love, captioning the pic “#heartbreaker” and subsequently reigniting the Jelena romance rumor mill.

However, a source tells E! News the pair is not rekindling their rocky relationship (despite attending the same Independance Day celebration) and are simply “trying to maintain a friendship.”

Bieber and Gomez split back in November due to “crazy schedules”, but the young stars have gotten back together a number of times since their initial breakup.

In the same InStyle interview where Gomez revealed the meaning behind “Love Will Remember,” the 20-year-old actress also opened up about the difficulties of maintaining a relationship in the public eye (Bieber and Gomez were broken up at the time):

“It’s uncomfortable that everywhere I go, people know,” she said of her relationship status. “I don’t like that. But Justin and I never really focused on the attention. You can’t help who you date. So I wouldn’t swear off that or say that’s what I want again. I don’t know. I’m a kid, and a breakup is normal. I have to go through the emotions and feel it out. I’m doing my own thing, being with my friends, and he’s doing very well too.”

And it also seems they’re doing well together.

What do you think of Selena’s new song?