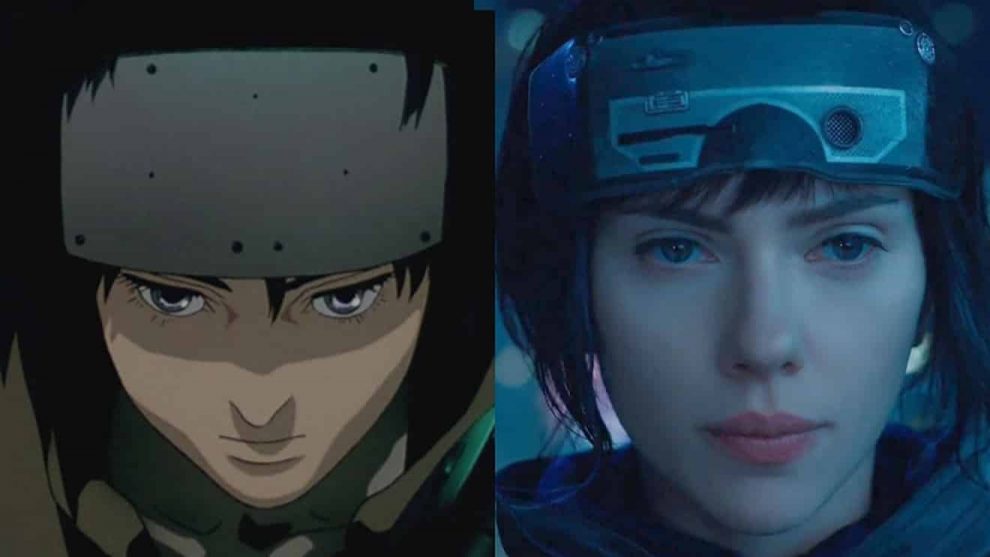 Does art imitate life, or does life imitate art? We’ve surely thought of these questions plenty of times. But when art imitates art, especially in live-action film adaptations, things can get interesting! A recent trend in Hollywood cinema is to take cues from the East, from Japan’s anime and manga. The inspiration leads to live-action adaptations of old anime and manga favorites, and all eyes are on the big screen in anticipation for the release of Ghost in the Shell on March 31st.

Ghost in the Shell tells the story of the cyborg, The Major (Motoko Kusanagi), who is the leader of Public Security Section 9—a counter-cyber terrorism organization that thwarts the schemes of hackers and cyber criminals. In the film, they face a new enemy that attempts to terrorize and sabotage the artificial intelligence technology of Hanka Robotics, a major manufacturer of AI robots with models ranging anywhere from defense to wait staff.

With such a thrilling premise, it’s no wonder people have been excited for the film’s release from its announcement in 2008. Nearly 10 years later, the film is ready to be aired, with Scarlett Johansson playing The Major. The manga and its anime adaptation have been in the public eye for almost 30 years, and have amassed a great following from audiences young and old. The Hollywood adaptation opens the franchise to the western audience, presenting it to even more people beyond the existing western fans of Japanese media.

It Hasn’t Been Looking Good

Despite the anticipation, Ghost in the Shell is but one of many American film adaptations of manga and anime stories. There have been plenty of Hollywood adaptations in the past, and many more planned for the future. While there has been success, plenty of these adaptations have been box office flops, having not performed as well as the creators had hoped. The trend continues, especially in much-awaited films such as Speed Racer and Dragonball: Evolution. This leads one to question why it happens, especially since their Japanese counterparts have received such resounding success.

Why Does This Happen?

Oftentimes, the answer lies within how the plot is handled. Hollywood movie magic uses special effects that make things look absolutely visually stunning. The cast is beautiful, as are the effects, but sometimes the substance is lost in the flash, and the movie doesn’t do well as a result. Speed Racer is a good example. The anime itself was classic, albeit fairly generic, but much-beloved and easy-to-follow. However, for the live-action adaptation, the plot was stripped into something intended to suit western moviegoers, without much thought paid to the original source material. It was reliant on CGI and stunts to deliver its points, and has been described by some as “unbearable” to watch. In the case of Dragonball: Evolution, which didn’t even invest in special effects to clear its name, the same can be said. The movie’s director, James Wong, has confessed:

“I went into the project chasing after a big payday, not as a fan of the franchise but as a businessman taking on an assignment. I have learned that when you go into a creative endeavor without passion you come out with sub-optimal results, and sometimes flat out garbage. So I’m not blaming anyone for Dragonball but myself. As a fanboy of other series, I know what it’s like to have something you love and anticipate be so disappointing.”

There is an Americanization present in many Hollywood adaptations of anime and manga series that effectively mars the spirit of the source, losing what made the series a success to begin with. This has also reflected in Ghost in the Shell, as many fans have been anxious about the casting of a white woman into the role of someone named Motoko Kusanagi, who should, very clearly, be Japanese. However, Mamoru Oshii, the director of the original Ghost in the Shell films, has stated:

“The Major is a cyborg and her physical form is an entirely assumed one. The name ‘Motoko Kusanagi’ and her current body are not her original name and body, so there is no basis for saying that an Asian actress must portray her. Even if her original body (presuming such a thing existed) were a Japanese one, that would still apply.”

While it may seem that Hollywood remakes of beloved Japanese media are all bad news, this isn’t always the case. Take Edge of Tomorrow, for example. The film was based on a 2004 light novel—a novel illustrated with manga-style images—called All You Need is Kill by Hiroshi Sakurazaka. After being published in North America in 2009, it drew the attention of Erwin Stoff, who would then go on to become one of the film’s producers. His company, 3 Arts Entertainment, approached the original publisher’s subsidiary in filmmaking, Viz Productions, with a collaboration plan. Instead of pitching to a major studio to write something new for the film adaptation, Stoff sent writer Dante Harper a copy of the novel, which was a risk on their part, but turned out for the best; the film was a commercial success.

The success of the film could be attributed to the fact that while it wasn’t a complete copy of the original material, it stayed true to source, thereby creating a successful film adaptation of something that originally came from Japanese media. It was properly tailored to entertain audiences the world over, and while it was not the highest-selling film during its run, it went on to garner glowing reviews from critics. While there haven’t been as many successes as there have been failures in terms of live action adaptations of Japanese anime and manga, it shows that it certainly is possible to create something extraordinary by sticking to the original material.

As the clock ticks and time brings us nearer to the date of release, there is less reason to worry about Ghost in the Shell’s outcome, as in what has been presented to us thus far in the form of trailers, the movie is looking fantastic and true-to-source. This has eased plenty of tension in the fandom. Its outcome will be testament to whether or not Hollywood can advance in the direction they are going, taking inspiration from the media of the East to bring to the West. Will Ghost in the Shell live up to the hype? Find out on March 31st.