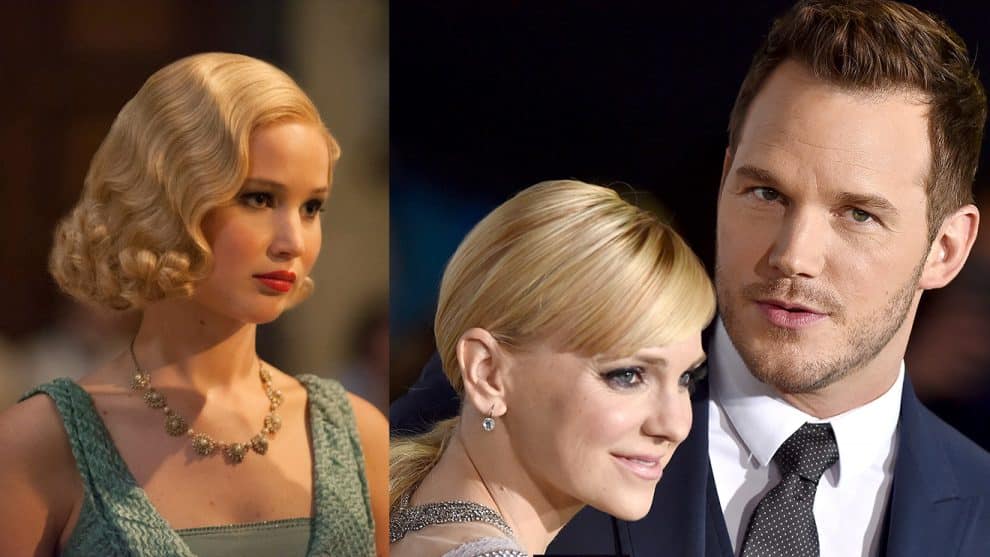 “Jurassic World” star Chris Pratt faced rumors he cheated on wife Anna Faris with “Passengers” co-star Jennifer Lawrence after he announced his 8-year marriage came to an end on Facebook Sunday. The infidelity accusations swirled for years, with Faris responding to them in interviews and even writing about it in her new book, “Unqualified.” The memoir is slated to be released Oct. 24.

Faris, 40, admitted she was jealous when her husband kissed his co-stars for films, Entertainment Weekly wrote Monday, citing the book. The “Mom” actress said her way of dealing with the jealousy was to become friends with Pratt’s co-stars, but in a sincere way and not in a frenemy way.

That was the case with Lawrence. She befriended the “Hunger Games” star even though tabloid headlines claimed Pratt was cheating. Lawrence reportedly apologized to Faris for the way the media covered her friendship with the “Guardians of the Galaxy” star while they filmed “Passengers.”

One magazine showed Faris walking alone on the beach and the posed pictures of Pratt with Lawrence next to her.

The “House Bunny” star opened up about the topic on her podcast, “Anna Faris is Unqualified,” with actress Isla Fisher in December. “We grapple with the idea of being a public couple,” Faris said. “For the first time, maybe a year ago or 10 months ago, we were in the public a little bit. There were some tabloid rumors about strain on our relationship. I just remember feeling so hurt in a way that bothered me because I didn’t want to think of myself as somebody that could be affected by tabloid s—. There’s a picture of me walking alone on the beach – aging Anna Faris, alone on the beach.”

While Pratt and Faris didn’t give a reason for their split, Faris was open about discussing the infidelity rumors. “[That] stung a little bit harder than I thought it would,” Faris admitted to Us Weekly in 2015 about the accusations. “I thought, ‘Maybe there is a kernel of truth to that.’”

Pratt was shocked, too. “For us, it was like, ‘What the heck,” she remembered. “This has been blindsiding to us. We have an incredible relationship. It has been weirdly stinging.”

Until Sunday, they seemingly had the perfect marriage, with Pratt essentially calling Faris his soulmate during a Reddit AMA in April 2015. “Our relationship has made me believe in divine intervention and destiny, just as much as my crazy career and the way I fell into this life,” he wrote. “She and I grew up 20 minutes away from each other but never met until we met in [Los Angeles].”

But it wasn’t meant to be. Faris and Pratt issued a heartbreaking statement to social media Sunday.

“Anna and I are sad to announce we are legally separating. We tried hard for a long time, and we’re really disappointed,” Pratt wrote. “Our son has two parents who love him very much and for his sake we want to keep this situation as private as possible moving forward. We still have love for each other, will always cherish our time together and continue to have the deepest respect for one another.”