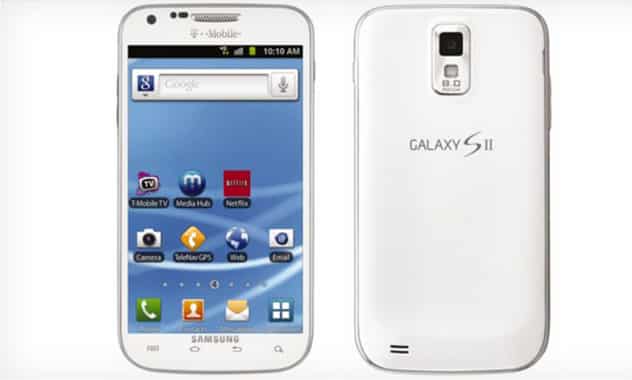 With the trial stage just completed last Friday, Apple wasted no time filing a notice with the court identifying which Samsung products it will now seek to have banned in the US. Despite having received a finding of infringement from the jury on most of the 28 products in play in the case, it looks like Apple is only going after an injunction on eight of them — all smartphones. That’s not terribly surprising given the fact that many of the products in the case are no longer available in the US. The eight Samsung devices are:

Apple’s filing specifically associates the devices with the patents each was found to infringe according to the jury. You can see from the chart below that, save the Galaxy Prevail, each of the identified devices was found to infringe on Apple’s design-related intellectual property (design patents and trade dress). The Galaxy S2 Skyrocket, Galaxy S2 Epic 4G and the Galaxy S Showcase are the only ones listed that escaped infringement of Apple’s more technical utility patents. With infringement already established, and assuming Judge Koh doesn’t disrupt the jury verdict, Apple must convince the court that it will be irreparably harmed if these handsets are not banned in the country. It’s easier to make this argument after a positive jury verdict, but an injunction is by no means a foregone conclusion. However, Apple did apparently appreciate the benefits of picking its battles here, rather than just going after each and every product found to infringe. It’s easier for Apple to establish irreparable harm when the focus of the injunction is on products it may actually compete against in the market.

You’ll remember that there’s already a preliminary injunction on the Galaxy Tab 10.1 in place, and Samsung has now asked the court to lift that ban based on the fact that the jury didn’t find that its tablets infringed Apple’s design patents. Apple is opposing Samsung’s request and, according to Bloomberg, even wants to extend the ban to the cellular version of the Tab 10.1 — which wasn’t included in the jury’s verdict form. You can see that Judge Koh will have a lot to work through at the injunction hearing currently scheduled for September 20th.

Update: Samsung issued the following statement on the matter: “We will take all necessary measures to ensure the availability of our products in the U.S. market.”