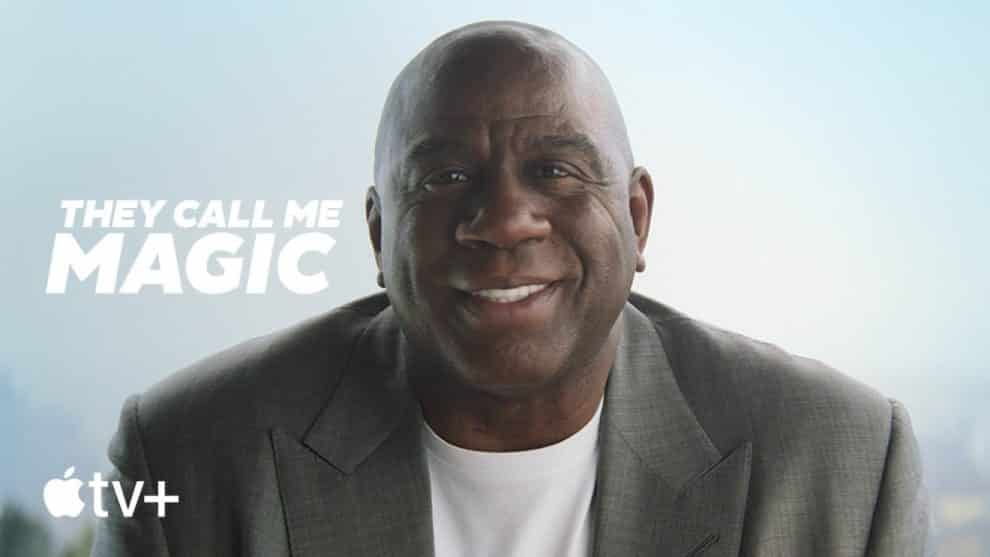 All four parts of “They Call Me Magic” premiere globally Friday April 22, on Apple TV+

Apple TV+ has released the trailer for “They Call Me Magic,” the four-part documentary event that takes an illuminating, holistic look into the life and career of Earvin “Magic” Johnson. The trailer was unveiled on the heels of the docuseries making its debut at the 2022 SXSW Film festival in Austin, TX today ahead of its global premiere on Friday, April 22, on Apple TV+. With unprecedented access, the docuseries explores Earvin “Magic” Johnson’s remarkable journey from being the face of the Los Angeles Lakers and cementing himself as an all-time NBA legend, to changing the conversation around HIV, and transforming into a successful entrepreneur and community activist. From his humble beginnings in Lansing, Michigan to becoming the global force he is today, “They Call Me Magic” charts the cinematic life of one of the biggest icons of our era.

Directed by Rick Famuyiwa (“Dope”) with editor Dirk Westervelt (“Ford v Ferrari”) and cinematographer Rachel Morrison (“Black Panther”), the docuseries is produced for Apple by XTR and New Slate Ventures, and produced in association with H.Wood Media and Delirio Films.

Apple TV+ is home to award-winning Apple Originals from today’s most imaginative storytellers. Apple TV+ offers premium, compelling drama and comedy series, feature films, groundbreaking documentaries, and kids and family entertainment, and is available to watch across all your favorite screens. Since the debut of Apple TV+ just over two years ago, Apple’s series and films have earned more than 213 awards and over 950 nominations, including recent recognition from the Academy Awards, SAG Awards, Critics Choice Awards, Critics Choice Documentary Awards, NAACP Image Awards, as well as past Daytime and Primetime Emmy Awards, plus more.

About Apple TV+
Apple TV+ is available on the Apple TV app in over 100 countries and regions, on over 1 billion screens, including iPhone, iPad, Apple TV, Mac, popular smart TVs from Samsung, LG, Sony, VIZIO, TCL and others, Roku and Amazon Fire TV devices, Chromecast with Google TV, PlayStation and Xbox gaming consoles, and at tv.apple.com, for $4.99 per month with a seven-day free trial. For a limited time, customers who purchase and activate a new iPhone, iPad, Apple TV, Mac or iPod touch can enjoy three months of Apple TV+ for free.*

For more information, visit apple.com/tvpr and see the full list of supported devices.