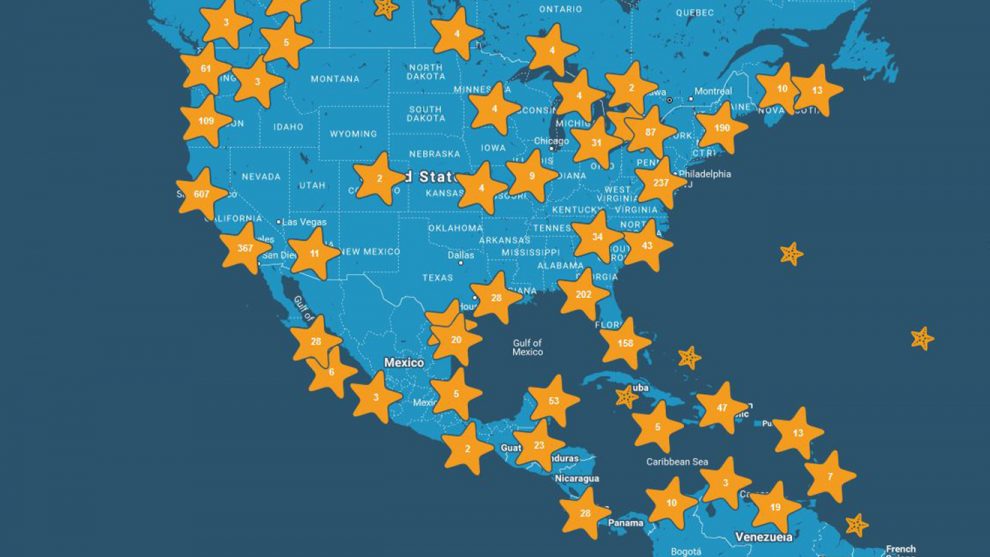 AS PROTECTOR OF LAND AND SEA, AQUAMAN ENCOURAGES FANS
WORLDWIDE TO BE AN OCEAN HERO 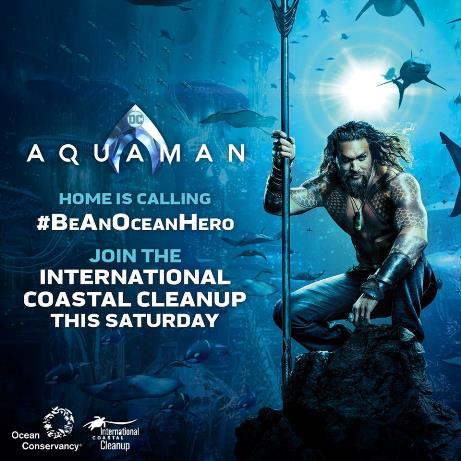 Aquaman and Warner Bros. Pictures are joining forces with
Ocean Conservancy in a call to action for the 2018 International Coastal Cleanup

BURBANK, CA – September 12, 2018 – Ahead of the upcoming theatrical release of the highly anticipated superhero action adventure “Aquaman,” Warner Bros. has partnered with Ocean Conservancy to bring global awareness and inspire volunteerism to its International Coastal Cleanup on Saturday, September 15.

An icon for over 75 years, Aquaman is known by fans of DC Comics as the protector of the oceans and fierce guardian of the entire globe, both land and sea.  To further that mission, Warner Bros. Pictures is encouraging movie fans to join volunteers throughout the U.S. and more than 100 countries as they come together to #BeAnOceanHero during the 2018 International Coastal Cleanup.

To aid in the clean-up efforts, the Studio will also collaborate with local and regional groups in coastal cities, including Los Angeles (Heal the Bay), New York (American Littoral Society), and San Diego (I Love a Clean San Diego), in support of the September 15 worldwide Coastal Cleanup.  Information on how you can #BeAnOceanHero can be found at:

Information on the global event and local volunteer cleanup locations can be found at www.SuitUpToCleanUp.org

From Warner Bros. Pictures and director James Wan comes an action-packed adventure that spans the vast, visually breathtaking underwater world of the seven seas, “Aquaman,” starring Jason Momoa in the title role.  The film reveals the origin story of half-human, half-Atlantean Arthur Curry and takes him on the journey of his lifetime—one that will not only force him to face who he really is, but to discover if he is worthy of who he was born to be…a king.

Wan directs from a screenplay by David Leslie Johnson-McGoldrick (“The Conjuring 2”) and Will Beall (“Gangster Squad,” TV’s “Training Day”), story by Geoff Johns & James Wan and Will Beall, based on characters from DC, Aquaman created by Paul Norris and Mort Weisinger.  The film is produced by Peter Safran and Rob Cowan, with Deborah Snyder, Zack Snyder, Jon Berg, Geoff Johns and Walter Hamada serving as executive producers.

Warner Bros. Pictures Presents a Peter Safran Production, a James Wan Film, “Aquaman.”  The film is set to hit theaters December 21, 2018, in 3D and 2D and IMAX, and will be distributed by Warner Bros. Pictures.  “Aquaman” is rated PG-13 for sequences of sci-fi violence and action, and for some language.