A 20-second teaser for Arcade Fire’s “We Exist” video reveals that the band nabbed The Amazing Spider-Man 2 star Andrew Garfield for the clip. The snippet features the actor striding through a chanting crowd while decked out in a blond wig, white dress and pink painted eye mask, intercut with scenes of Garfield shaving his head in a mirror.

As Billboard reports, the crowd scene was shot during Arcade Fire’s set at the second weekend of Coachella last month. “The right to marry anyone you want is a human rights issue,” frontman Win Butler told the crowd before the band launched into “We Exist,” a song about son coming out to his father.

The band also continued their streak of hometown musical tributes last night on their Reflektor stop in Atlanta, delivering a rendition of “Radio Free Europe” by Athens, Georgia heroes R.E.M. 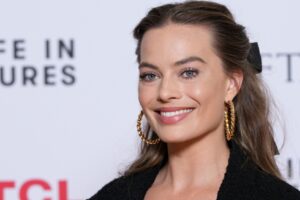 Margot Robbie: ‘I Didn’t Know the Definition of Sexual Harassment‘ In the Workplace Until Making ’Bombshell’ 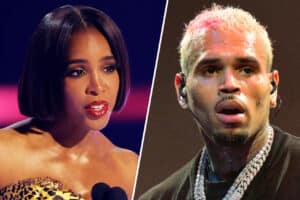 Kelly Rowland Doubles Down On Defending Chris Brown After AMAs Controversy: “We All Need To Be Forgiven” 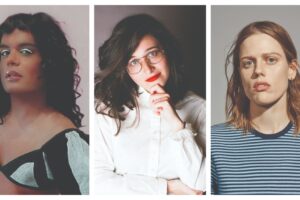