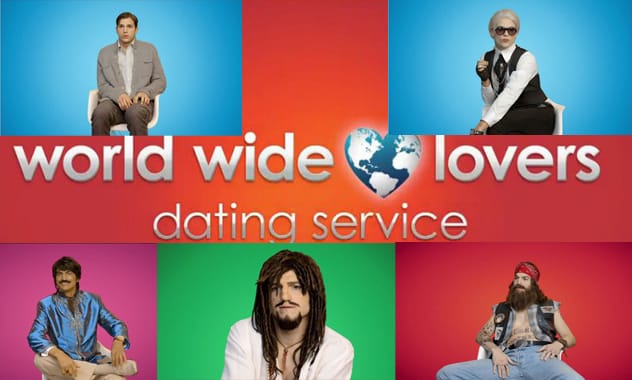 Since splitting from Demi Moore last November, Ashton Kutcher has been no stranger to the dating game – and now he’s taking his quest for new love viral.

In a video series for dating site worldwidelovers.com. Kutcher, 34, appears as a number of characters looking for romance around the globe, in addition to playing himself.

The eligible bachelors include Darl, a flamboyant Karl Lagerfeld lookalike whose tiny dog keeps kosher; Nigel, a dread-locked British stoner; Raj, a Bollywood producer with a crush on Kim Kardashian; and Swordfish, a laid back, tattooed Southerner.

And though he’s recently been linked to his former That ’70s Show costar Mila Kunis, Kutcher also throws his own name onto the list of singles.

Described as “Ashton, 34” in his segment at the end of the video, Kutcher deadpans: “Your waiting room is a like a freak show. Are we all in the same category?”