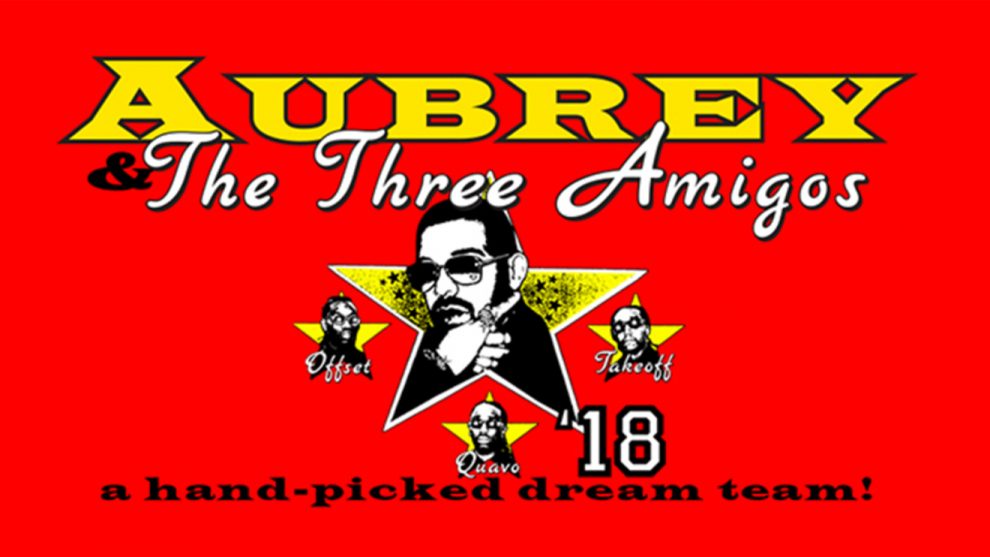 New music from Justin Timberlake, Jack White and Cardi B, and other records we can’t wait to hear

The tour launches July 26th in Salt Lake City and keeps the Canadian rapper and the Atlanta rap trio on the road until a two-night, tour-ending stop at Atlanta’s Philips Arena on November 16th and 17th.

The Aubrey and the Three Migos Tour also includes a two-night stand in Drake’s hometown Toronto on August 10th and 11th, four nights in the New York metropolitan area (August 24th and 25th at Madison Square Garden and August 30th and 31st at Barclays Center) and four Los Angeles-area shows (October 12th and 13th at Staples Center and October 16th and 17th at the Forum). Tickets for the Aubrey and the Three Amigos Tour go on sale to the public on May 18th.

Drake and Migos recently appeared together in the video for “Walk It Talk It,” a track from the rap trio’s Culture II.