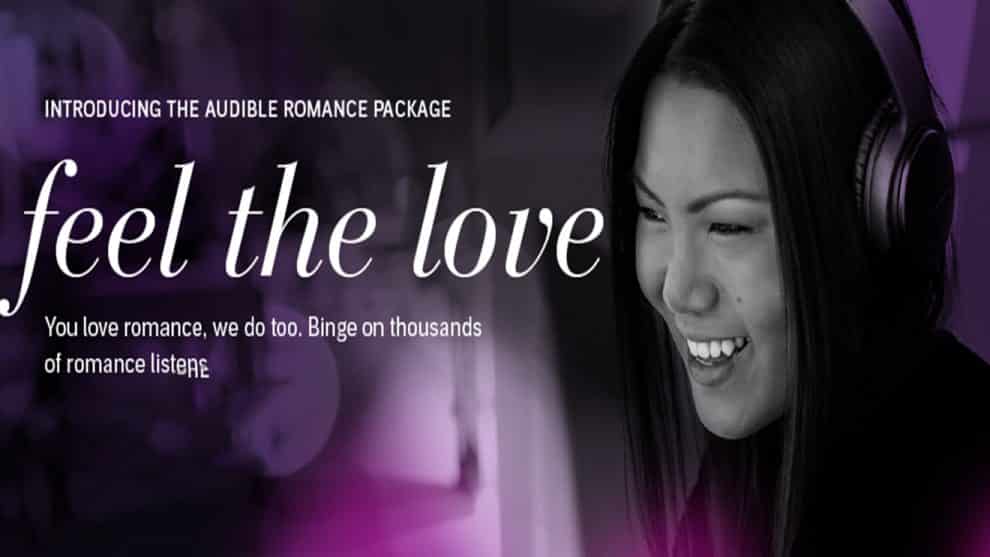 There’s an old stereotype of women in an office, meeting by the water cooler to pass around an abused copy of Lady Chatterly’s Lover, its spine broken exactly where Connie and Mellors have their famous concurrent orgasm. In 2017, there is no water cooler, or tattered paperback—just a woman, her phone, and a tech company that thinks it knows what she wants.

Today, Audible, the Amazon-owned audiobook retailer and producer, is rolling out its version of the dog-eared erotica page. “Take me to the good part” lets listeners jump to the juicy sections of 110 romance titles in the company’s collection. These include beloved tropes like a couple’s first meeting, their innuendo-heavy banter, a marriage proposal, and, of course, sex scenes.

Audible hopes the browser-only excerpts will entice listeners to sign up for their new romance-book subscription service. They’ve also implemented a “steaminess score” that ranks each book on a scale from “sweet” to “hot damn” and “O-O-OMG.”

To sift through hours of audio of sexual tension and heated loins, Audible editors outlined 10 classic plot points, and a program ran searches for words associated with each—presumably a straightforward task, given that books in the genre are prone to formula.

It’s a smart move by Audible, and a clear appeal to romance enthusiasts, who make up a uniquely voracious and digitally inclined subset of readers. To help listeners find exactly the storyline they want, Audible has gone granular with its tagging system, including 41 categories, like “animals/beasts,” “immortals,” and “time travel”; 63 character tropes, such as “hockey player,” “Navy SEAL,” and “viscount”; and 67 cherished set-ups that include “age gap,” “secret babies,” “brought together by a bet,” and “fake relationship.” The initiative—and the success of the romance genre—is a testament to the apparently tireless joy of watching people get down and get together, with seemingly infinite permutations.

Exclusive THE EXORCIST Clip From ZayZay.com
U2 Working Out Dates For Their 2018 Tour