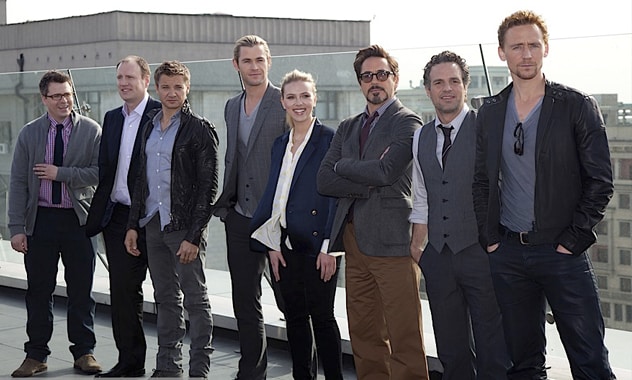 “Marvel’s The Avengers” is the summer’s biggest blockbuster (over $1.4 billion in worldwide grosses to date), but could the film find comparable success on the small screen? That’s the hope of Marvel and Disney, apparently, as Deadline.com reports that talks are underway with ABC about bringing “The Avengers” to series television.

Per Deadline.com, any television series based on “The Avengers” would exist in the world created by Team Marvel over the course of films like “Iron Man,” “Thor,” “Captain America” and “The Incredible Hulk.” However, the show wouldn’t necessarily include those superheros. (Marvel has begun to do similar, world-expanding things with short films like “Item 47,” an “Avengers” Blu-ray extra that stars Lizzy Caplan and Jesse Bradford.)

Of course, this isn’t the first time Marvel has tried to dabble in television. At the upfronts in May, ABC Entertainment president Paul Lee reiterated that he wanted to bring the Hulk back to the airwaves. “It wasn’t going to be ready this season but we hope it’s going to be ready for next season,” he said. Lee added that he’d like to “see some Marvel projects come to television.”

Lee isn’t alone in his wish to bring comic book characters to TV screens. Back in 2011, David E. Kelley’s reboot of the DC Comics property Wonder Woman — with “Friday Night Lights” star Adrianne Palicki as the superheroine– was not picked up by NBC.

For more on “The Avengers” and its possible trip to ABC, head over to Deadline.com.