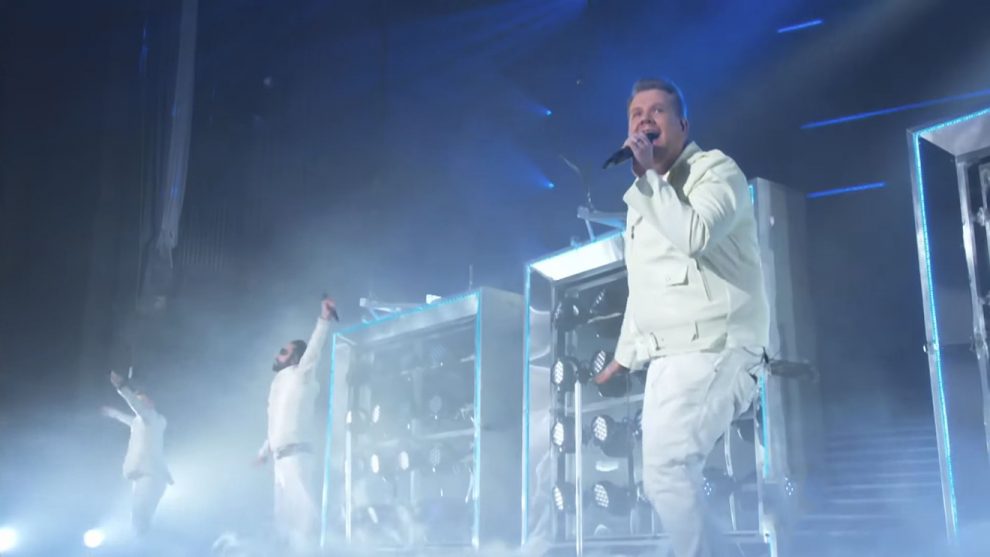 James Corden surprised the Backstreet Boys backstage at their Las Vegas residency for what appeared to be another comedic bit for The Late Late Show. He was, after all, offering to replace Brian Littrell for the boy band’s (man band’s?) next performance. It turns out Corden was only half joking.

By the end of the apparent spoof, the late-night TV host actually joined Nick Carter, Kevin Richardson, Howie Dorough, and AJ McLean on stage to kick off a live show with “Larger Than Life.” It involved elevated platforms, electronic renderings of their faces (even Corden’s), and lots of choreographed dance moves.

Corden has already performed with these guys on The Late Late Show, so they weren’t exactly teaching this dog new tricks. Although, he did step out and claim the spotlight with the Running Man and The Worm. But when Corden realized they had 22 more songs to get through, he quit the band then and there.

This was a drastic change of heart compared to hours earlier when Corden jokingly hijacked the group and kicked out Littrell. What proceeded were intense diva moments as he prepared for the night’s festivities.