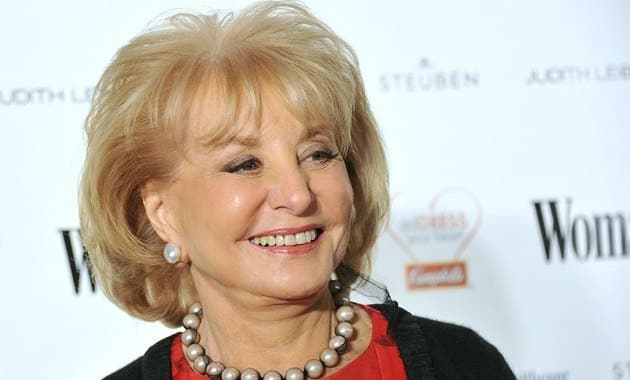 Barbara Walters can now watch her fellow gabbers from the comfort of her own bed.

The 83-year-old The View cohost has been released from the hospital and is recovering at home from the chicken pox as well as a head injury she sustained after a nasty spill last weekend.

“Barbara Walters is at home resting comfortably and is getting stronger,” said ABC News in a statement.

Walters was hospitalized on Jan. 19 after taking a tumble on a staircase during a visit to the British ambassador’s residence in Washington D.C. while covering the Inauguration festivities. Doctors patched up the cut she received on her forehead but decided keep her overnight for observation “out of an abundance of caution.”

Little did they suspect she’d be there the rest of the week.

Yesterday, Whoopi Goldberg gave an update on Walters’ condition on The View, saying that the veteran journalist had come down not only with a fever but the chicken pox, which Walters apparently never had as a child.

Justin Bieber Pours his Soul Into New Song About Selena Gomez Break-Up
Megan Fox Backing Out of Hollywood, Saying ‘My Job Is To Be With My Son’