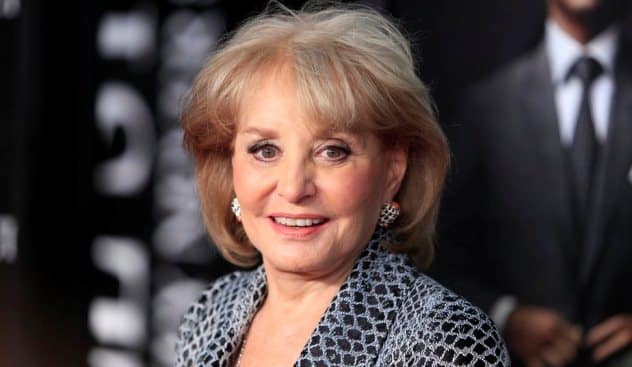 Barbara Walters is set to retire from broadcasting in May 2014, a person familiar with her plans told.

There will be a years’ worth of specials about Walters’ storied broadcasting career before then. The news followed a report in Deadline that said Walters would announce her retirement this May.

Walters is 83 years old, and has had several health scares in recent years, from her heart surgery in 2010 to her bout with chicken pox and a concussion just this past January. She had brushed off all talk of retirement, however. In late 2011, TMZ published a report saying Walters had told President Obama she was retiring soon. ABC laughed it off, and Walters proved that the story was false by very obviously not stepping down.

When she does retire, it will be, to put it mildly, the end of an iconic and historic career. Walters has held just about every possible high-profile position in television news, from her first major job as anchor of “Today” to her decades-long tenure with ABC News. Beyond the countless scoops and interviews she’s racked up, she is widely recognized as a trailblazer for women in journalism.

News of Walters’ retirement comes on the heels of Joy Behar’s announcement that she is leaving “The View” at the end of the season. Walters, who serves as co-host and executive producer, created the show with Bill Geddie in 1997.

Like Walters, Behar has been on “The View” since the show debuted. Reports have also surfaced that co-host Elisabeth Hasselbeck, who joined the program at the end of 2003, will also leave the show at the end of the season. With Behar and Hasselbeck’s exits followed by Walters’ retirement, the show is likely to experience some growing pains as it replaces its longtime hosts.
Barbara Walters, whose television career spans more than a half century, will retire in May 2014, an executive familiar with the newswoman’s plans said Thursday.

The formal announcement of Ms. Walters’s plans will probably be made this May on her ABC daytime program,  “The View.” The executive familiar with the plans said the following year will include a number of specials and retrospectives of Ms. Walters’s long career in television on her network, ABC.

Ms. Walters’s decision follows a year in which her health became a national story. She suffered a concussion in Washington after the inauguration. That developed into an infection that was ultimately diagnosed as a case of chicken pox.

In recent years, Ms. Walters, 83, has stepped back from a number of her longtime roles, limiting the number of interview specials for which she has become famous. But she maintained her base at “The View,” a consistently successful program she created.

The future of that program has recently been the subject of much speculation, with one longtime host, Joy Behar, leaving and another, Elisabeth Hasselbeck, rumored to be coming to the end of her tenure.

But most of Ms. Walters’s career was spent at network news divisions, first at NBC, where she became the first prominent woman to anchor the “Today” show, and then at ABC. There she started as the first woman to anchor a network evening newscast and went on to become one of the network’s chief correspondents, with the newsmagazine “20/20” as the base for many of her interviews.

She also gained fame for her annual interview special that preceded coverage of the Academy Awards, a program that was often among the highest-rated news specials of the year.