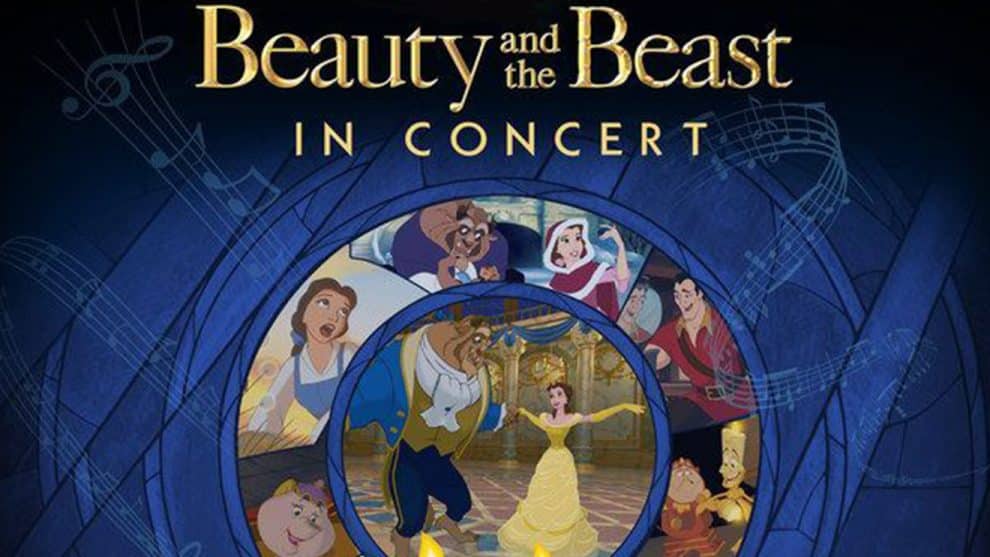 Disney’s 1991 animated spin on the tale as old as time will take over Los Angeles’ Hollywood Bowl over two nights on Friday, May 25 and Saturday, May 26. 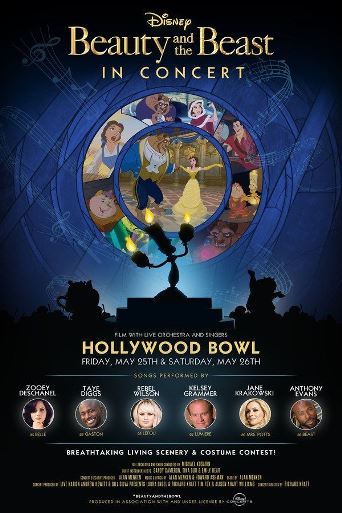 Featuring alongside Deschanel will be Kelsey Grammer (X-Men: The Last Stand) performing “Be Our Guest” as Lumiere, Taye Diggs (Chicago) as Gaston, Rebel Wilson (Pitch Perfect 3) as LeFou, Jane Krakowski (The Unbreakable Kimmy Schmidt) performing the titular “Beauty and the Beast” as Mrs. Potts, and Anthony Evans as Beast performing “Evermore,” the original song crafted for Disney’s 2017 live-action re-imagining.

Living scenery will be projected onto the facade of the Hollywood Bowl, making the event more immersive as it transports guests into the world of the beloved Disney classic.

Concert director Richard Kraft, who previously helmed live-to-film events at the Hollywood Bowl such as Disney’s The Little Mermaid and La La Land, said the cast is “nothing less than enchanting.”

“Like our celebration of Disney’s The Little Mermaid in Concert at the Hollywood Bowl, we are mixing film, live music, singers, dancers, digital projections, effects, and special guest artists to create an event that pays homage to the original movie but also delivers something that can only be experienced live,” Kraft said. “Our creative mantra for this show has been: ‘We want our audience to be our guests. We have filled up the event course by course, one by one, ’til they shout, enough I’m done!’ ”

“Performing ‘Beauty and the Beast,’ one of my favorite movies growing up, in a special concert at the legendary Hollywood Bowl is a dream come true,” Deschanel said in a statement released Monday morning. “I am looking forward to what I’m sure will be a magical event.”

“I love this film, I love Alan Menken and I loved Jerry Orbach—the title song, as sung by Angela Lansbury, makes me cry to this day,” said Grammer. “Walking in the footsteps of such a brilliant cast is an honor; and as for singing the music of the incomparable Alan Menken—it goes without saying.”

Eight-time Academy Award winner and Beauty and the Beast composer Alan Menken and lyricist Howard Ashman won gold in 1992 for the film’s title song, performed in the animated movie by Angela Lansbury and in the 2017 movie by Emma Thompson.

“The Little Mermaid at the Hollywood Bowl was an amazing and unforgettable event,” said Menken. “Now ‘Beauty and the Beast‘ at the Bowl is coming, with an extraordinary cast and a world class orchestra. I am beyond excited to be a part of what will be another fantastic evening.”

Tickets for the two night-only event go on sale Friday, March 16 at 10 a.m. PT at Ticketmaster.com.