Bella Thorne is following in the footsteps of many Disney Channel stars before her. The 16-year-old actress has released her first major single, ‘Call It Whatever,’ off her upcoming debut album of the same name. 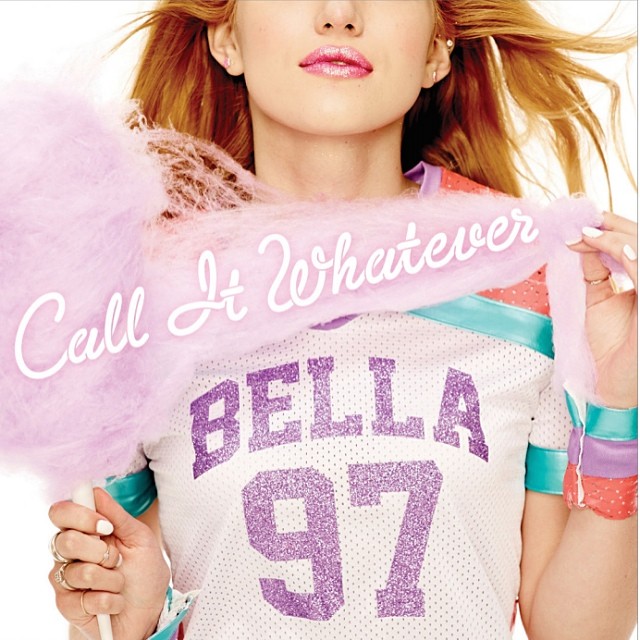 The track was written by Par Westerland, Rickard Goransson and Skyler Stonestreet and is an upbeat, flirty pop tune with a playful nature. Thorne sings, “Our love needs no name / We got a thing we can’t explain / Don’t care what people say, let’s call it whatever / Whatever.”

It’s going to be a big year for the ‘Shake It Up’ star: She will later be seen this month in the Adam Sandler and Drew Barrymore romantic comedy, ‘Blended’ as well as the upcoming Disney film, ‘Alexander and the Terrible, Horrible, No Good Very Bad Day,’ due out in October. Thorne also has the films ‘Home Invasion’ and ‘Big Sky’ set for later this year as well.

If a new album and new films aren’t enough for you Bella Thorne fans, she also has a book titled ‘Autumn Falls’ set to be released in November. Wow!