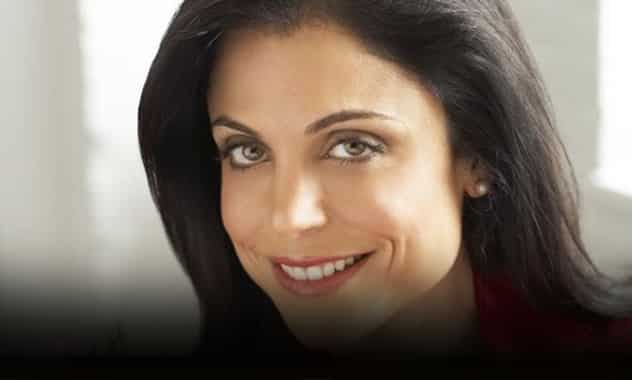 Bethenney Frankel has always been an open book when it comes to sharing details about her personal life — even when the truth is quite painful. The former “Real Housewives of New York” star and current talk show host revealed earlier this year that she suffered a miscarriage, and opened up about the traumatic experience even more in Glamour‘s July issue.

Frankel miscarried at age 41, after what her doctor deemed a high risk pregnancy. Already a mom to daughter Bryn, 2, she admitted the pregnancy physically took a toll on her, dubbing it “way worse than last time.” Though she followed her doctor’s orders to take it easy, she and her husband, Jason Hoppy, ended up losing their baby.

“I got dressed, we met the doctor in his office, and I launched into it. ‘Is it because I’m busy? My lifestyle? Is this my fault?’ I asked. ‘Absolutely not, absolutely not,’ he replied before I could dump all my neuroses on his desk. ‘You’re 41. You had bleeding. There’s nothing you could have done.’ And I hadn’t done anything. Since I’d found out, I’d been lying down for an hour or two every day and letting others take up the slack. But I blamed myself — of course I did.”

Frankel revealed that she found out just moments before appearing on “Ellen” that she would have had another girl, and that’s when the loss really hit her.

“I fell to pieces,” she said. “I was picturing Bryn with a little sister. Two little girls in rain boots.”

Though she admitted she sometimes gets upset when asked if she and Hoppy will have another child — “When you ask a woman in her forties that question, it’s not always her choice” — she’s leaving it up to fate, simply saying, “If it’s meant to be, it will happen.”

Frankel first revealed her miscarriage news on the “Today Show” in February.

“We were pregnant with a second baby and at eight weeks I miscarried,” Frankel said. “That was a very emotional experience and it had a lot of different things that came with it. Thinking about women who can’t have their own baby, even the first baby, I’m lucky.”

For more from Frankel, head over to Glamour or pick up the July issue, available nationwide today on newsstands and digitally.

Mark Wahlberg Heading Back to High School
Def Leppard On ‘Rock Of Ages’: Tom Cruise Is A ‘Good’ Singer, Totally Fine With Movie