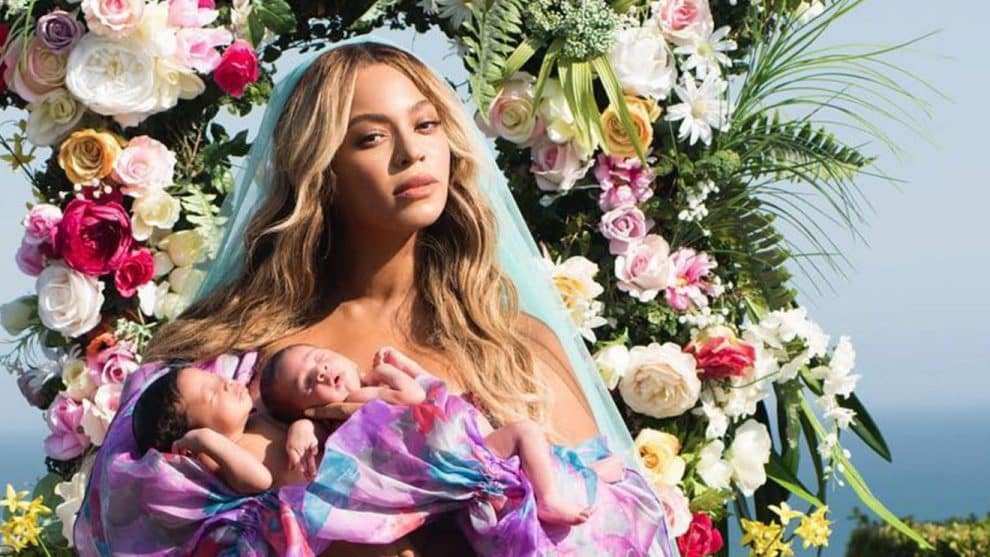 The twins are here!

Beyonce took to Instagram on Thursday night to share the first photo of her twins with husband JAY-Z, confirming that their names are Sir and Rumi Carter.

Draped in purple with a blue veil, in front of a floral backdrop that recalled her bombshell pregnancy announcement, Queen Bey also revealed the twins’ official birthday, stating the the photo was “1 month today,” which would mean they were born on June 13.

Speculation over Bey and Jay’s second and third children has run rampant in the last month, but the notoriously private couple — who are already parents to a 5-year-old daughter, Blue Ivy — have done their best to stay out of the spotlight.

On Wednesday, Beyonce was spotted out for the first time since giving birth, enjoying dinner with JAY-Z at Nobu in Malibu, California. See more in the video below.

By Meredith B. Kile