The birthday collection will feature newly-recorded songs as well as all-time favourites from the 69-year-old composer’s most successful musicals.

Lana Del Rey, Gregory Porter, Barbra Streisand and Michael Ball will also feature on the special album in celebration of the Oscar-winning impresario.

X Factor’s Nicole Scherzinger addition to the compilation marks the end of the feud with Lloyd Webber after she pulled out of a Broadway production of Cats in 2016 to work as a judge on the reality show.

At the time, the TV personality was branded “an absolute t***” by the Phantom of the Opera composer.

However, the pair reconciled their differences soon after and 39-year-old Scherzinger pledged to work with Lloyd Webber again.

The US pop star is set to release an original recording of Memory from the hit Broadway spectacular Cats as part of her contribution to the album.

She described Lord Lloyd Webber’s music as influential to her as an artist, adding: “I grew up listening to Jesus Chris Superstar, Joseph And The Technicolor Dreamcoat, Evita, you just know it’s his music when you hear the arrangements, when you hear the strings, the orchestra, the synths.”

Beyonce’s version of Phantom of the Opera’s Learn to be Lonely from the 2005 Oscars is also making an appearance on the listing.

American singer Del Rey, who hailed Lloyd Webber a “inspiration” is to add an original recording of You Must Love Me from Evita.

Porter, who will produce his rendition of Starlight Express’s Light At The End Of The Tunnel, said: “Andrew is an icon of not only musical theatre, but he’s an icon of music, our culture, and of our human experience.”

Speaking about his birthday album, Lord Lloyd Webber said it “brings back a heap of memories” making “this ancient composer very happy”.

He added: “I owe everyone involved in putting this compilation together a huge thank you. A vast amount of thought has evidently gone into selecting tracks from my almost 50-year-old career.

“I particularly love the new tracks and of course I love the orchestral suites. There’s nothing a composer likes more than hearing their melodies played by a cracking orchestra.”

The Collection will include a 40-page book with in-depth notes on each track and coincides with the release of the School of Rock composer’s autobiography.

Unmasked: The Platinum Collection is released on March 16. 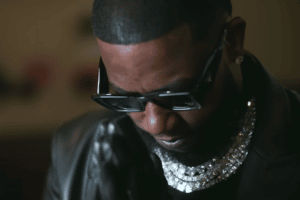 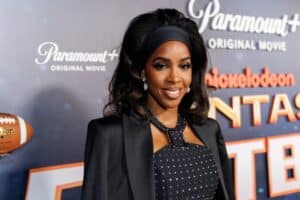 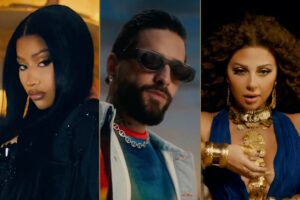