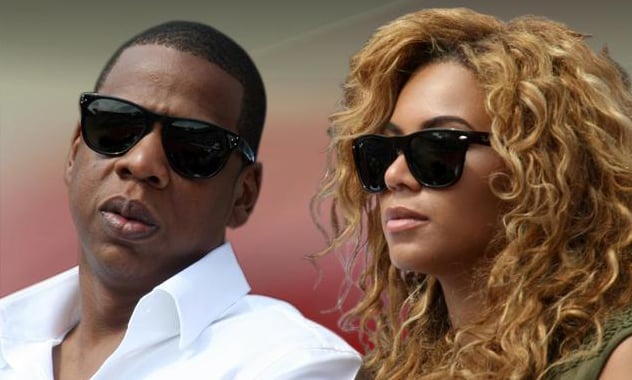 Earlier this week the Internet lit up with rumors that Beyonce was expecting baby No. 2, after photos of the singer in a tight dress displayed what some thought was a baby bump.

The 31-year-old singer and husband Jay-Z, welcomed their first child, Blue Ivy, in January, but according to the rapper the couple aren’t about to become parents again anytime soon.

E! News caught up with the 42-year-old at the NBA 2K13 release at the 40/40 Club in New York, and point blank asked the rapper and co-owner of the Brooklyn Nets if the couple is having another baby.

“Tonight? No,” he remarked, and added that Beyonce wasn’t due in nine months either. “Absolutely not,” he said.

And just to make sure that he wasn’t playing games, E! News covered their bases and asked if they’d be expecting a baby before then.

And when asked if she wanted more grandchildren, she said, “of course I do! I harass her all the time.”

So baby No. 2 isn’t on the way yet, but Beyonce has already revealed that she “definitely” wants to have more kids, telling “Entertainment Tonight” in May, “I don’t know how many. God knows, I don’t know yet.”