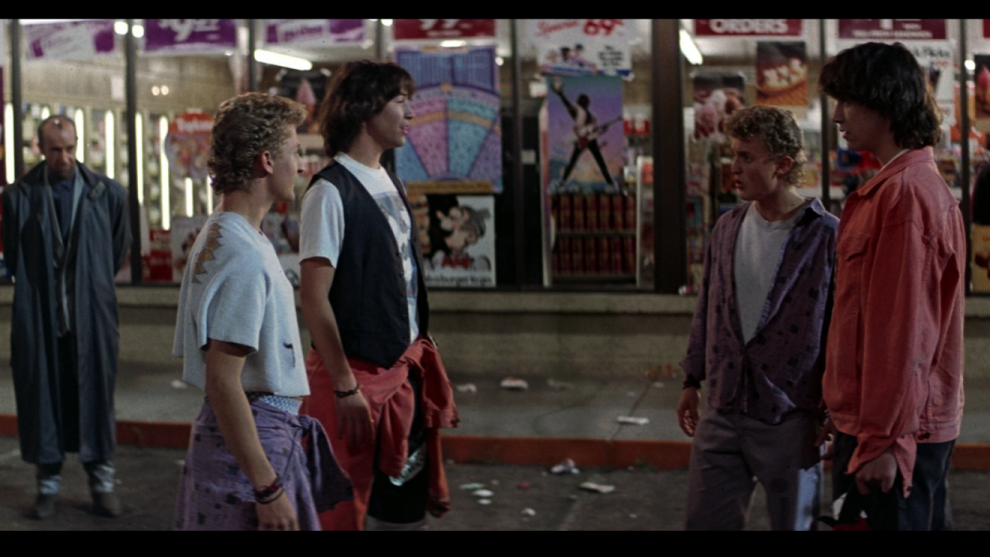 A couple of months back came the news that at long last, Bill and Ted 3 was actually going to happen with Alex Winter and Keanu Reeves set to reprise their roles as Bill S. Preston Esq. and Ted Theodore Logan respectively. This was excellent news for fans of the franchise that have been waiting for the third chapter in this franchise since 1991’s Bill and Ted’s Bogus Journey. But now, in a bogus development, it looks like the Wyld Stallyns reunion tour isn’t quite the sure thing we thought was. Keanu Reeves explained the status of Bill and Ted 3, saying:

I don’t know if it’s a reality. We’ve been trying for a long time to get that film made, and it still has its challenges. I really love the characters, and I think we have a good story to tell. Part of it is show business stuff — financing, rights, deals. Nothing creatively.

This certainly does not encourage an optimistic outlook on Bill and Ted 3 actually happening. Speaking with Yahoo Entertainment, Keanu Reeves doesn’t sound particularly confident that this is a done deal. He makes it seem as though things are further away than we perhaps thought, and it’s unclear if Bill and Ted qill finally getting to write that epic song.

This news is even more of a bummer because, according to Keanu Reeves, the issues are not creative. So this isn’t a case of feeling pressured to make a third film and being uninspired. The things that are preventing our return to this bodacious world are business related. There is some sort of red tape or legalese with the rights and more crucially, problems getting financing for Bill and Ted 3that is preventing us from living in our Wyld Stallyn utopia.

When we heard the most excellent news that Bill and Ted 3 was finally happening, pre-production had supposedly begun with the third film set to be titled Bill and Ted Face the Music. Original screenwriters Chris Matheson and Ed Solomon were set return for this trilogy closer, with Galaxy Quest director Dean Parisot set to helm. This new chapter was going to follow the beloved metalheads now that they are all grown up with families, living adult lives that are mundane and lacking in the excellence of their youth. When a tear occurs in the fabric of space-time, the duo team up with their daughters for another adventure where they rediscover themselves and realize their destiny of writing a truly epic song. This adventure would naturally see them crossing paths with a whole host of historical characters and hopefully some returning favorites.

The story sounds like it is there and the stars are on board so hopefully all of the bogus business stuff can get sorted out and this long awaited journey can finally get started. In this day and age, with nostalgia at a premium and franchises and IPs driving the industry, one imagines that they will eventually find a way to make the dollars and cents add up to a green light.

Keep an eye on CinemaBlend and we’ll keep you updated on all the latest news about Bill and Ted 3. Party on dudes.