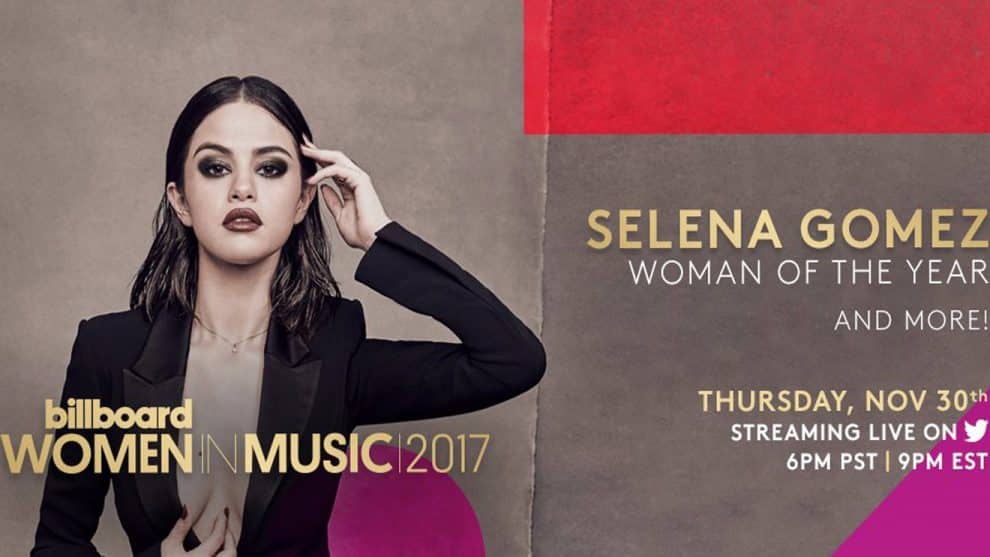 Billboard’s annual Women in Music dinner and awards ceremony will take place at the Ray Dolby Ballroom in Los Angeles tonight (Nov. 30). The Women in Music event is held in conjunction with Billboard’s Women in Music issue, honoring the industry’s most powerful artists and executives.

Billboard’s Woman of the Year award this year will be given to Selena Gomez, who recently opened up about her life this year in her Billboard cover story, released today. “I don’t know how to explain the place that I’m in other than to say I just feel full,” the 25-year-old singer reflects.

Stay tuned to Billboard’s Twitter for live coverage of the event, from 9 p.m. to 12 a.m. ET.

‘Prince’s Last Year’ Documentary Will Debut In 2018
Actress Daisy Ridley Has No Desire To Return As Rey After Finishing ‘Star Wars: Episode IX’