Check out Latino producer Jay Weisleder (Hands of Stone) interviews regarding the film and
struggle to make a Latino film. 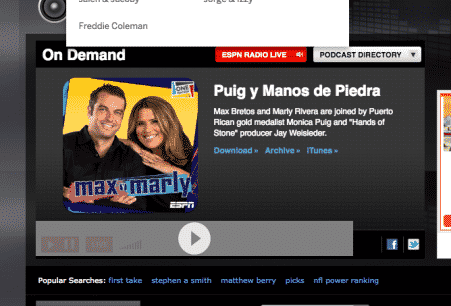 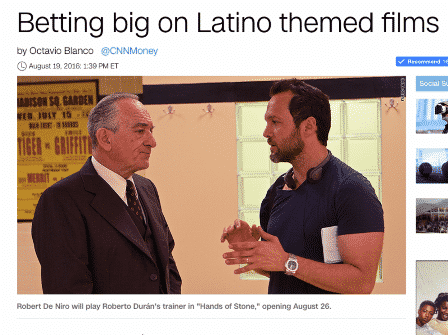 Los Angeles, August 15, 2016 — Fuego Films, a production company formed in 2015 by Jay Weisleder and transformative media executive and executive producer Ben Silverman, is proud to announce the upcoming theatrical release of Hands of Stone, the first of many feature films produced under the banner. The film tells the story of boxing legend Roberto Duran, starring Robert De Niro, Edgar Ramirez and Usher Raymond, which will be distributed theatrically on August 26.  Up next and in development among an inspiring slate, is the powerful biopic, Clemente, spotlighting the legacy of iconic baseball player Roberto Clemente, created in partnership with Legendary Pictures. 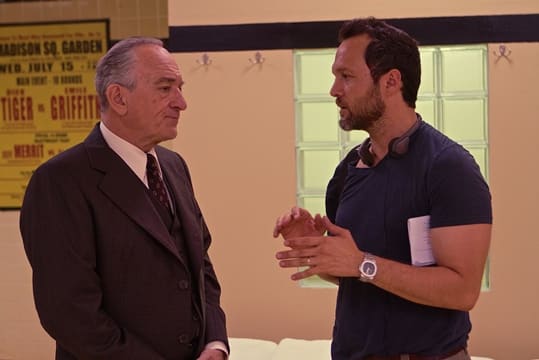 Silverman has been on the forefront of creating and reformatting international content for American audiences and helping to shape the narrative of global stories.

As a transformative content creator Silverman is ahead of what’s next with an unwavering commitment to the stories deserving to be on television and now film.  He has been credited with bringing more Latinos into the mainstream with his TV shows Ugly Betty, starring America Ferrera and Jane The Virgin, starring Gina Rodriguez.   Silverman has created and executive produced content for major networks, cable, and digital platforms.  His credits include The Office, The Tudors, The Biggest Loser, the upcoming No Tomorrow for CW andApple’s first TV show the revolutionary Planet of the Apps starring Gwyneth Paltrow and Will I Am, as well as NBC’s Running Wild with Bear Grylls, Marco Polo and Flaked for Netflix and Fameless for Tru TV, among others. He recently launched his third successful media venture, Propagate in conjunction with A+E Networks.

When Costa Rica-native and budding new producer Jay Weisleder arrived in the U.S., he was struck by the lack of positive representation of Latinos in Hollywood films. He dreamt of becoming a producer who would shift the perception of Latinos with authentic and positive character portrayals. Working in television development, under the mentorship and stewardship of Silverman, Weisleder was able to hone his craft and learn from the best, resulting in a partnership forming the production company, Fuego Films.   Driven by a shared vision and creativity, the duo are dedicated to bringing diverse stories that are both empowering and inspiring to the big screen.

“My experience with building Latin cross over hits Ugly Betty and Jane The Virgin confirms that great ideas and great storytellers need access to robust platforms.  We are committed to supporting diverse voices and building multimedia cross platform hits in all genres and media.  Jay and I are resolved to showcasing diverse cultures in a positive light,” states Silverman.

“Today, more than ever, with the ongoing narrative on lack of diversity in Hollywood and the current political and media landscape, we know the impact that media has to shift perceptions, shape attitudes and behaviors. As a Latino content creator, seeing what Ben has done on the mainstream landscape and how he has championed successfully telling uplifting Latino stories, I couldn’t find a better partner to be a part of the change that is needed,” added Weisleder.