With Agents of SHIELD off for three months after this Tuesday’s stunner of a midseason finale, fans are probably anxious for any type of news regarding the Marvel series. Thankfully, some casting news came out today, and while it has nothing to do with Skye (or should I say Daisy?) and where we left off in that final scene, it’s definitely still interesting. As The Hollywood Reporter first reported, two-time Golden Globe nominee Blair Underwood will join Agents of SHIELD in a recurring role as Melinda May’s (Ming-Na Wen) “estranged ex-husband Dr. Andrew Garner.”

According to The Hollywood Reporter, Underwood will make his Agents of SHIELD debut in one of the show’s first episodes back in March. He begins filming for the role this week.

It certainly sounds like the introduction of Andrew will provide some more information on May’s past and give us more details about her backstory other than the fact that she is known as “The Calvary” (but don’t call her that). Up until this point on SHIELD, most of the characters’ pasts, especially those of Skye and Ward, have been dug into, so it will be interesting to see what Underwood’s character may reveal to us about May.

Most recently, Underwood received a Critics Choice nomination for Lifetime’s TV movie, A Trip Bountiful. His other previous TV credits include L.A. Law, The Event, Dirty Sexy Money, In Treatment and Ironside.

Agents of SHIELD returns to ABC, resuming the rest of its second season on Tuesday, March 3. 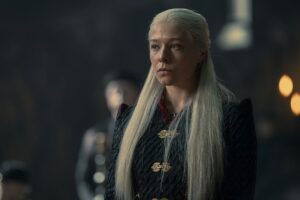 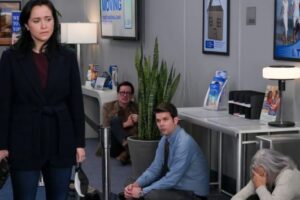 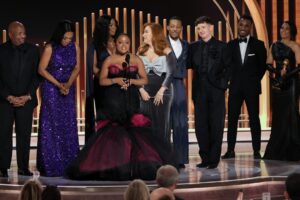