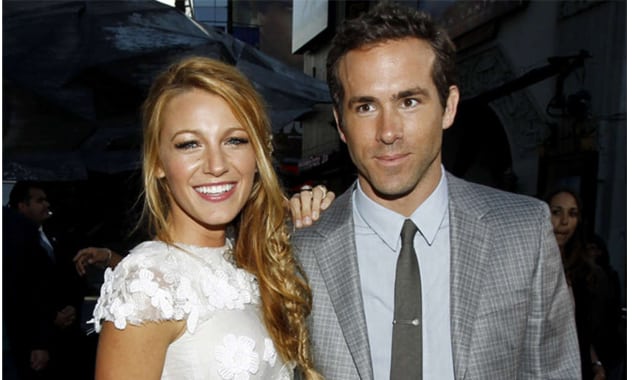 That’s exactly how it’s gone so far for Blake Lively and Ryan Reynolds, who this morning were on the receiving end of their first round of bumpwatch as newlyweds.

The New York Post started the speculation today, claiming that rumors were making their way around the Gossip Girl set that its star might well be expecting her first child. The evidence? She was “glowing” and “eating a lot more.”

Never mind that the blonde has always been preternaturally beaming (fake tan and a new marriage will do that to you) and has long been among Hollywood’s chief flag-wavers for not depriving oneself.

Still, her reps shot down the rumor almost as quickly as it popped up, telling E! News that Blake is “not pregnant.”

However, that doesn’t mean she doesn’t have babies on the brain, as she told Allure in a pre-wedding interview out this month that she’s “always wanted a big family.”

She may as well get used to these kinds of rumors now, then.