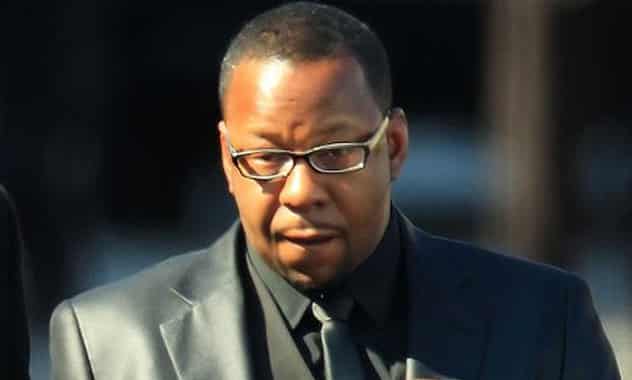 The bad boy singer and ex of the late Whitney  Houston managed to avoid a trip to pokey this morning, when his  seemingly indefatiguable attorney pleaded no contest on Brown’s behalf to a misdemeanor DUI charge that resulted from his arrest last month.

But that’s not to say he got off compltely scot-free.

In exchange for attorney Tiffany Feder entering the no contest plea for the  MIA Brown, the remaining charges against the 43-year-old—specifically,   driving with a blood-alcohol level greater than 0.08 and driving with a  suspended license—were dropped.

However, per the deal with prosecutors, Brown must now complete a three-month  alcohol program and has been placed on 36 months’ summary probation. The  previous stipulation that he not consume any alcohol whatsoever is no longer in  play.

But he must abide by the condition when he is behind the wheel, as Van Nuys  City Attorney Diego Edber told E! News that Brown cannot be found with any  measurable amount of alcohol in his system while driving, even if the amount is  under the legal limit.

Brown was popped for the offense on March 26, originally getting pulled over  when cops spotted him driving while chatting on his cell phone. After suspicions  were aroused, he was given a field-sobriety test, which he failed after his BAC  was found to be one-and-a-half times the legal limit.

by Gina Serpe and Claudia Rosenbaum