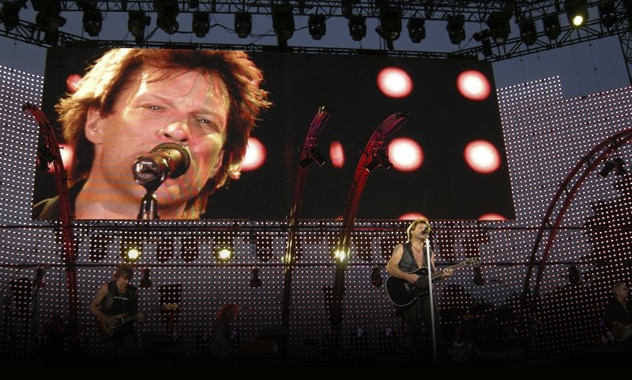 Bon Jovi has announced that they’ll be playing a June concert in Madrid for free to allow cash-strapped fans to attend the show.

The “Livin’ on a Prayer” rockers told Spain’s El Mundo newspaper this week that they had originally not planned to play in Madrid as they were worried that fans would be unable to afford tickets in light of Spain’s economic crisis.

Ultimately, however, the band decided that they wouldn’t disappoint their Spanish fans, instead opting to slash ticket prices so as to make them more affordable. According to BBC, the “unusually cheap tickets,” which have already sold out, were offered for between $23 and $50 (about half the normal price, says the AP).

The price of the tickets will reportedly go to paying for costs related to the venue and those hired in Madrid to help with the show. Bon Jovi will not receive a cent, according to El Mundo. Hence the idea of a “free” concert.

Since the announcement, some netizens have taken to Twitter to laud the band for their generosity.