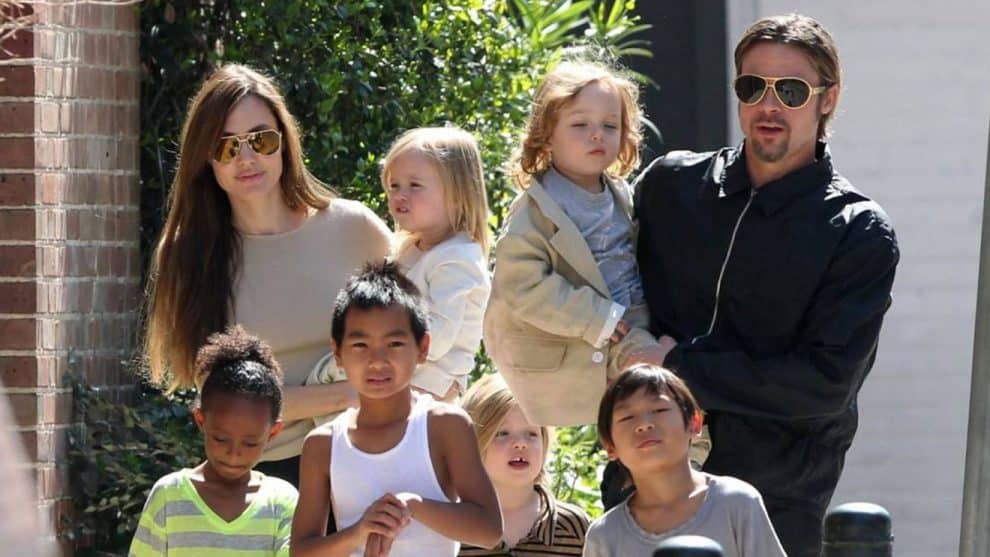 Brad Pitt is not going to engage in a nasty custody battle with Angelina Jolie.

In his first extensive interview since the power couple’s highly-publicized divorce, Pitt told GQ Style he will not let things get ugly in court over the couple’s six children.

“I just refuse,” he said. “And fortunately my partner in this agrees. It’s just very, very jarring for the kids, to suddenly have their family ripped apart.”

The stars shocked fans in September 2016 when Jolie filed for divorce from Pitt after two years of marriage and more than ten years as a couple.

There was much speculation as to what was going to happen to their kids: 15-year-old Maddox, 13-year-old Pax, 12-year-old Zahara, 10-year-old Shiloh and 8-year-old twins Vivienne and Knox.

In the wake of the break up, Pitt was the subject of an investigation over a family incident which occurred on a private plane during a family trip.

“I was really on my back and chained to a system when Child Services was called,” Pitt told GQ’s Michael Paterniti in the Q&A for the magazine’s summer issue. “And you know, after that, we’ve been able to work together to sort this out. We’re both doing our best.”

Pitt, who appears to be sporting a much thinner look these days, said navigating the split has been challenging for the family — especially in the beginning.

The “Allied” star said he took to alcohol in the past year to cope with his issues.

“I was boozing too much,” he said “It’s just become a problem. And I’m really happy it’s been half a year now, which is bittersweet, but I’ve got my feelings in my fingertips again.”

Pitt said he doesn’t want there to be ill will between him and Jolie.

“I see it happen to friends,” he said. “I see where the one spouse literally can’t tell their own part in it, and is still competing with the other in some way and wants to destroy them and needs vindication by destruction, and just wasting years on that hatred. I don’t want to live that way.”

The former couple released a joint statement in January saying they would be sealing all legal documents pertaining to their divorce in a measure to protect their children.

Jolie also told the BBC in February that they would “hopefully be a stronger family” when all is said and done, which is a sentiment shared by Pitt.

“Our focus is that everyone come out stronger and better people — there is no other outcome,” he said.