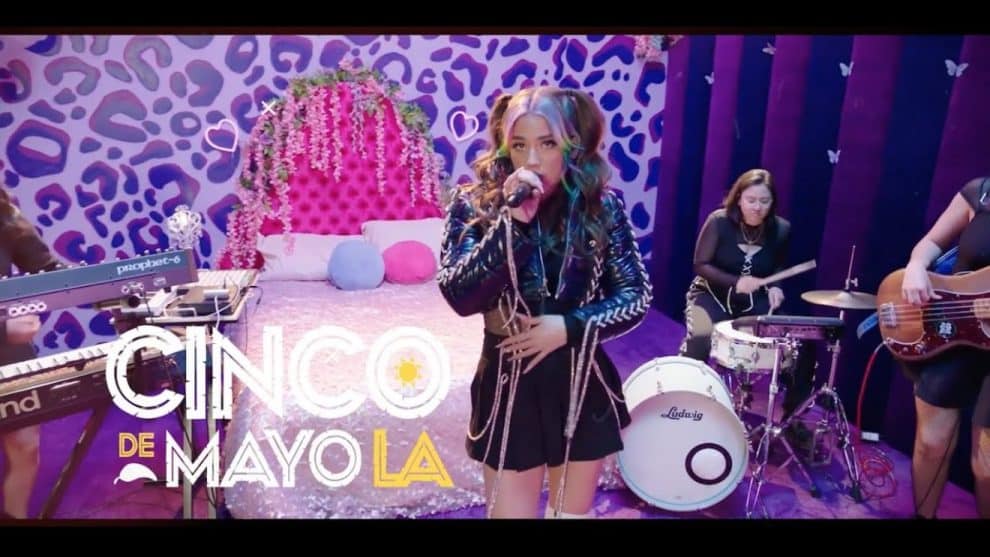 The national broadcast TV and digital festival was co-hosted by Hollywood stars Rosario Dawson (“The Mandalorian”) and Melissa Barrera (upcoming “In The Heights”) and was presented by the Latino Community Foundation (LCF), who leveraged the festival to promote COVID vaccination in the Latino community.

“We’re extremely grateful to the sponsors, production partners, music artists, celebrities, and media partners who helped us lay down a foundation for a potential future Cinco de Mayo LA that takes place both on the streets of Los Angeles and online,” said Manny Ruiz, who along with Brilla Media partner Ralph Paniagua co-executive produced the festival.

The festival would not have been possible without the generous support of top sponsors, Converse, WSS, Disney / Pixar’s “Luca”, and Warner Bros. Pictures’ “In The Heights. “In The Heights,” based on the Lin-Manuel Miranda Tony Award-winning musical, which Warner Bros. Pictures is releasing nationwide in theaters and on HBO Max on June 11; will be available on HBO Max for 31 days from theatrical release. Other sponsors include the Friends of the National Museum of the American Latino and MyCajita.

Award-winning broadcaster and producer Richy Miranda-Cortese directed the broadcast, which was edited by Efrain Gonzalez.

The festival’s agency of record was De Alba Communications.

Next Up for Brilla Media is the 116th Street Festival Livestream, which takes place July 10. Sponsorship inquiries can be directed to [email protected].

Chilean Rapper Nfx Releases “SKILLZ”, The First Visual From His Forthcoming Album, Bushido: Thunderstorm
THE CONJURING: THE DEVIL MADE ME DO IT – 24HR Arizona Screening Giveaway