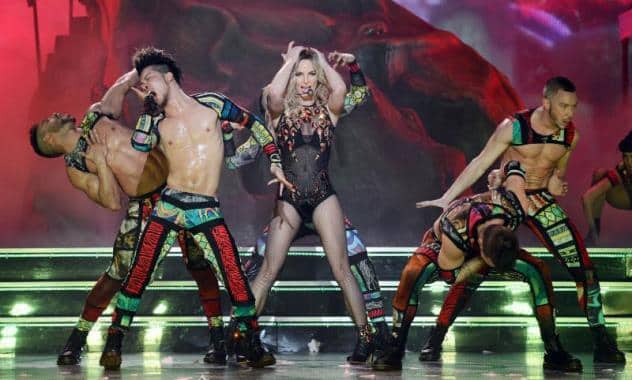 Dazzling fans with show-stopping performances for more than 15 years, Britney has truly brought her most spectacular show ever to Las Vegas. A celebration of one of the most illustrious careers in music history, the jaw-dropping production is a compilation of more than 20 of Britney’s worldwide hits, including “Baby One More Time,” “Oops I Did It Again,” “Toxic,” “Circus,” “Womanizer” and “Slave 4 U,” as well as new material from her recently-released album “Britney Jean.”

Britney is the first artist-in-residence to be housed in Planet Hollywood’s newly renovated The AXIS Theater, which features one of the largest indoor video and projection installations in the world. With its innovative dance floor and exclusive table and bottle service provided by Drai’s Management Group, The AXIS is part nightclub and part theater, setting it apart from any other venue in Las Vegas. The 4,600-seat, intimately-sized theater allows Britney’s fans to see her as they’ve never seen her before.

Tickets and VIP packages for performances through Sept. 2014 are currently on sale. General ticket prices range from $59 to $229, plus applicable tax and fees, and may be purchased online at BritneyPieceofMe.com or in-person at the Planet Hollywood box office. Prices for VIP packages vary depending upon the show date. All shows begin at 9 p.m. PT, with the exception of the special Tuesday, Dec. 31 New Year’s Eve performance, which will begin at 10 p.m. PT.