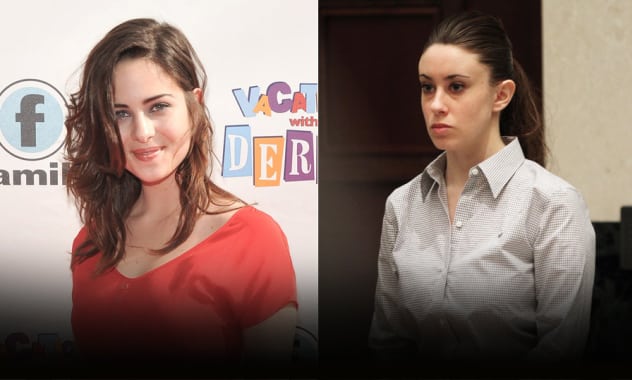 Holly Deveaux, a little-known teenage Canadian actress, is about to portray one of the most controversial women in America when she takes the role of Casey Anthony in a TV movie
Is Deveaux ready for the attention?

“Definitely not,” the 19-year-old acknowledges to ET Canada. “It’s nerve-wracking to combat such a controversial issue as well, the outpouring of negativity for Casey Anthony is unlike anything we’ve seen in the media in years.”

Asked if she was nervous or excited, she says, “Heaping amounts of both!” But she couldn’t turn down the challenge. “I’m not going to make her into anything she is not. The fact of it, beyond any verdicts in court, is that she was someone struggling through what was undoubtedly the most difficult trial of a lifetime.”

She joins Rob Lowe, who will play prosecutor Jeff Ashton in the Lifetime movie, tentatively titled, Prosecuting Casey Anthony, based on Ashton’s memoir.

In a case that captivated the country, Anthony, 26, was charged with and later acquitted of murdering her 2-year-old daughter, Caylee in 2008.