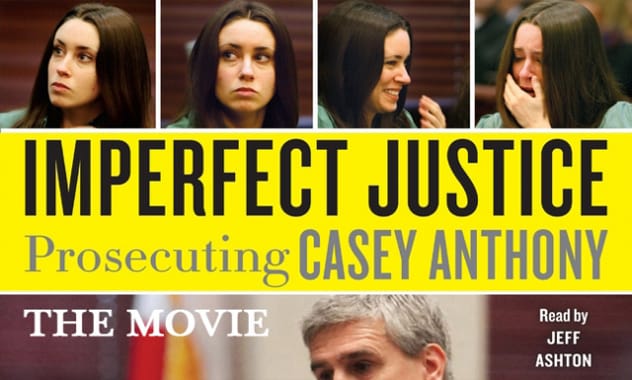 The Lifetime Movie Network has cast Rob Lowe to play the part of a Florida prosecutor in the new Lifetime original movie about the Casey Anthony case.

Lowe is no stranger to movies based on crime stories. The Golden Globe and Emmy Award nominee recently had a similar gig for Lifetime, portraying accused wife murderer Drew Peterson in the movie “Drew Peterson: Untouchable.”

In his latest role, Lowe will play the part of Jeff Ashton, the Orlando prosecutor who failed in his attempts to get a first-degree murder conviction against Anthony in the death of her 2-year-old daughter, Caylee.

On July 5, 2011, a jury of seven women and five men acquitted Anthony. The little girl’s remains were found in December 2008 near the family home, some six months after she was last seen.

After Anthony’s acquittal, Ashton authored a book about the case titled Imperfect Justice: Prosecuting Casey Anthony. The Lifetime movie is based on Ashton’s book.

According to a press release from Lifetime, the movie will reveal “Ashton’s inside story of the true crime drama that captivated and then shocked the nation when Caylee Anthony’s mother, Casey, was acquitted of killing her daughter, despite what many thought to be overwhelming evidence of guilt.”

The movie will be seen from Ashton’s perspective and will reportedly take viewers behind the scenes of both the investigation into Caylee’s death and the ensuing trial. It will, according to the network, shed “new light on the many questions of what happened to the two year-old girl … and why Ashton remains convinced of Casey Anthony’s guilt.”

“We’re thrilled to have Rob returning to our network, after his amazing star turn as Drew Peterson,” said Rob Sharenow, Executive Vice President of Programming at Lifetime Networks. “He’s one of those rare stars who can do it all, comedy, drama, heroes and villains. There are very few actors in the history of our business who have been able to have such success on such a broad range.”

The working title of the film is “Prosecuting Casey Anthony.”