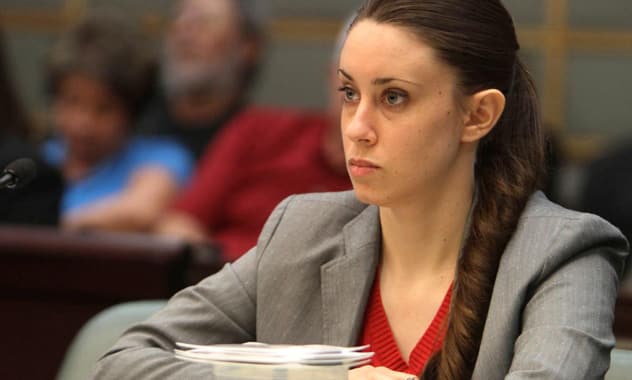 Casey Anthony has agreed to pay $25,000 in order to settle a dispute with bankruptcy trustee Stephen Meninger, who filed a motion in March to sell the rights to her story so she can pay her debts.

In the motion, filed in a federal court in Tampa, Meininger asked Judge K. Rodney May for permission to sell the “exclusive worldwide rights” of Anthony’s life story.

Anthony, who is now 27, was acquitted of murder in the death her 2-year-old daughter, Caylee.

Anthony has never told her side of the story, despite intense media scrutiny of the case.

During a meeting March 4 with creditors in her bankruptcy case in Tampa, Anthony said she was unemployed and hasn’t received any money to tell her story. She said that she is living with friends and that those friends — and strangers who send her gift cards and cash — help her survive.

But Meininger, through his attorney, said he thought her story has value and should be auctioned off to the highest bidder.

One man, Meininger wrote at the time, already has offered to pay $10,000 for Anthony’s life story so he can prevent her from publishing or profiting from it in the future.

Meininger pointed out that the man’s offer is not contingent on Anthony’s cooperation or participation. Anthony’s life story — including details about her childhood and the disappearance and death of Caylee — was referred to as “the Property” in the motion.

“Due to the intense public interest in Debtor and the Property, the Trustee believes that there will be interest from others in purchasing the Property,” the motion reads.

An auction, with bidding, is the “best way to maximize the value for the Estate and its creditors.”

Anthony filed for bankruptcy in Florida in late January, claiming about $1,000 in assets and $792,000 in liabilities. Court papers list Anthony as unemployed, with no recent income.

Her listed debts include $500,000 for attorney fees and costs for Jose Baez, her criminal defense lawyer during the trial; $145,660 for the Orange County Sheriff’s Office for investigative fees and costs; $68,540 for the Internal Revenue Service for taxes, interest and penalties; and $61,505 for the Florida Department of Law Enforcement for court costs.