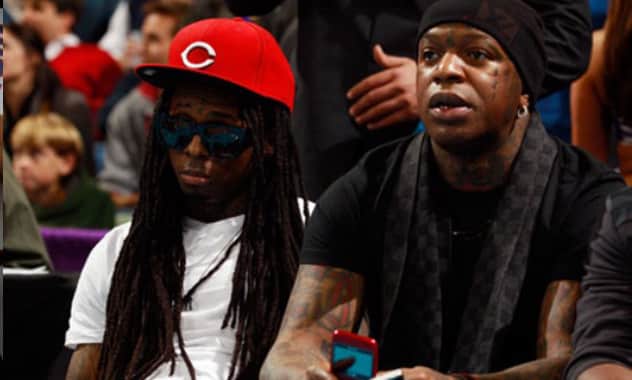 Everyone knows Oklahoma City was recently treated to a heat wave, thanks to the Miami Heat (305 stand up!). However, the team is now under a different kind of heat thanks to Birdman, Cash Money Records’ big cheese and spiritual father to Lil’ Wayne himself.

The New Orleans native, who currently resides in Miami, is a big supporter of the Miami Heat. So it’s obvious that when picking a favorite team for this year’s NBA finals between the Heat and the Oklahoma City Thunder, Birdman is on Miami’s side.

“It’s Miami Heat all day in every kinda way,” he told MTV news.

If the OKC Thunder were trying to convert a fan, they certainly didn’t do it right. The rap mogul became infuriated with the team back in May after his “son” (Lil’ Wayne) was denied special treatment at a NBA Western Conference Final in Oklahoma City. Lil’ Wayne was hyped to attend this game; however, team officials refused to provide the rapper with escorts, security, parking and even expected him to walk in with the rest of us little people.

Wow sounds like harsh times for Lil’ Wayne, imagine him having to park his own car?! Of course Weezy was concerned about his fans and not about himself (yeah right!). Young Money president Mack Maine expressed during an interview,

“Why would you actually want to cause pandemonium? That’s gonna make it harder for your security.”

As long as you’re not Justin Bieber or One Direction, I think you’re safe Lil’ Wayne. The OKC Thunder did not stay quiet and a spokesperson for the team confirmed that Weezy’s entourage did in fact reach out to the franchise for court side seats. However, because the request was last-minute they could not accommodate the #1 selling Cash Money rapper.

These comments didn’t do anything to calm the Cash Money Young Money crowd. Although Weezy finally attended a game on June 12, he still had comments to make about OKC on Twitter,

“Again I was treated like sh** by the Thunder arena staff… dam I hope da Heat beat da dog sh** out em.”

One thing is clear, Birdman has no issue with the people of Oklahoma City or the team’s individual players. His main issue is with the arena staff, so clean up your act guys or Birdman will come after you!