Discovery en Español premieres a documentary about the case of four Latina lesbians in their struggle to be exonerated of a horrendous crime.

MIAMI — In 1994, four Latinas lesbians were wrongfully convicted of aggravated sexual assault and indecency against two young girls in San Antonio, Texas. Almost ten years later all four women were set free, but still struggle to be exonerated of the charges. The documentary CAZA DE BRUJAS EN SAN ANTONIO directed by Deborah S. Esquenazi, investigates the case and the devastating impact it had on the lives of these four women and their families. The documentary will air on US Hispanic television on Sunday, November 13th at 9PM E/P on Discovery en Español during the Discovery a Fondo block.

Critically acclaimed at film festivals, CAZA DE BRUJAS EN SAN ANTONIO (Southwest of Salem: The Story of the San Antonio Four), begins its journey inside a Texas prison, over a decade after Elizabeth Ramírez, Cassandra Rivera, Kristie Mayhugh, and Anna Vasquez (labeled the San Antonio Four), were sentenced to 37 and 15 years in prison. None of the women ever took a plea bargain or ever considered it, and always maintained their innocence. In 2012 and 2013, they were finally liberated after one of the accusers recanted her statement and forensic evidence used in the case was debunked.

Through interviews with the four women, their families, and lawyers, as well as footage and unreleased videos, the documentary director reveals the odd claims and injustices that were portrayed on these individuals due to their sexual orientation during the “Satanic Panic” of the 1980-90. The production also follows the work of attorneys from the Innocence Project of Texas, who played a pivotal role on the women’s ultimate release from prison. 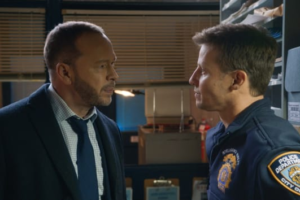 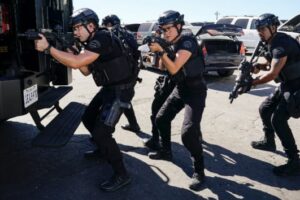 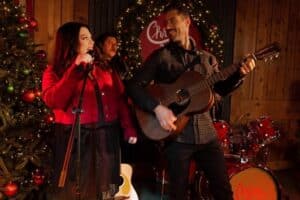 Bella Hadid And The Weeknd Split After Almost Two Years Together
ROSEWOOD – Exclusive Clip On Tonight’s Episode at 8/7C!