Television nowadays is in an era of re-imaginings, revivals, reboots and sequels. CBS has had a reboot of the classic action-adventure series MacGyver in the works for a while. Now, CBS has officially ordered that reboot to series. We’ll be getting a season of antics that will finally help a generation of youngsters understand what their elders are talking about when they say to “MacGyver” something.

MacGyver will follow the exploits of Angus “Mac” MacGyver, who is a 20-something with an incredible talent for finding ways to solve major problems with a combination of scientific knowledge and improvisational skills. His resourcefulness will help him to create a distinctly clandestine organization that operates within the US government with the support of the Department of External Affairs. Despite his young age, MacGyver will accompany his team out in the field in risky mission all over the world. He’ll be joined by former CIA agent Lincoln, whose maverick attitude should make him a fun scene partner for MacGyver.

Lucas Till, who is 25, has been cast as MacGyver. Till’s first major role was in Hannah Montana: The Movie, but he’s since made a name for himself as Havok in the X-Men franchise. MacGyver will be a new sort of project for him, so hopefully he has what it takes to anchor the reboot. Given Till’s relative youth, MacGyver’s brilliance, and the fact that the reboot will be set in present time, we can expect that he’ll be called upon to work some techno magic in his new role on CBS.

Former CIA agent Lincoln will be played by George Eads, who is best known for his role as Nick Stokes on CBS’ CSI. Eads played Stokes for a whopping fifteen years and for 335 episodes during CSI‘s run, and MacGyver will be his first major project after the series ended in 2015. MacGyver is being aimed at a younger crowd, but Eads will be such a familiar face to the CBS crowd that he may be able to draw some former CSI fans to his new show.

MacGyver is being launched as part of CBS’ fall schedule, and while we don’t know what day it will hit the airwaves, CBS has already picked the timeslot for the new show. MacGyver will air on Fridays at 8 p.m. EST. Friday nights don’t tend to bring in huge ratings, but MacGyver may be an exception if it lives up to the fun and innovation that allowed the original series to last for seven regular seasons and two TV movies. It should also be a good pairing with other Friday night shows Blue Bloods and Hawaii Five-0. 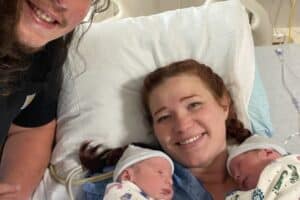 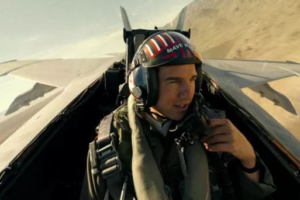 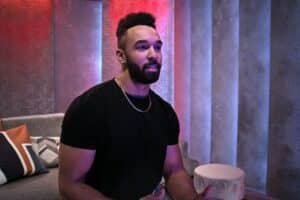 ‘Love Is Blind’ Star Bartise Addresses SK and Raven’s Split, Considers Himself ‘the Villain’ of the Show

Kesha Books Billboard Music Awards Performance Regardless Of Disapproval From Producer Dr. Luke and Kemosabe Records
Kanye West Visits ‘Ellen’ & Gets Off His Chest Something He’s Been On To For A While In Massive Rant