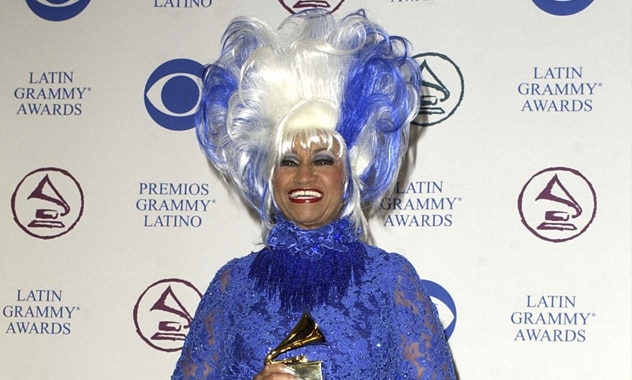 Cruz, known as the Queen of Latin music, was one of the most popular recording artists of all time, having won 4 Grammy Awards, 5 Latin Grammy Awards, recording 23 gold albums and attracting millions of loyal fans globally before her death in 2003.

Endemol Shine and Major TV are currently developing an English language series based on Cruz’s only authorized autobiography, with a foreword by the late Maya Angelou. Based on more than 500 hours of taped interviews by the Smithsonian, recorded just months before her passing, Cruz let fans glimpse a life that, while lived in the full view of the public, had remained largely private.

“There is no bigger name in Latin music than Celia Cruz,” says Endemol Shine North America CEO Cris Abrego. “We are thrilled to be adapting her amazing life story, one filled with triumph and tragedy, for a dramatic television series with a producer of Kenny Ortega’s pedigree attached.”

Added Ortega, “I had the extraordinary honor of working with Celia Cruz many years ago as a burgeoning choreographer on a little movie called ‘Salsa.’ While we were working together, Celia and her husband invited me to join them for her concert at the Hollywood Palladium. Celia seated me in a chair on stage and I was there, in the light, watching La Reina de la Salsa, hypnotizing the audience with her voice and performance magic. Over the years, my appreciation of her gift to music has grown and deepened. Celia has been an inspiration for so many and I am honored to participate in this tribute of the incomparable Celia Cruz.”

“With a voice that transcended language, color, race, and gender, Celia Cruz broke barriers, changed the landscape of music and became a Global icon. Capturing her authorized life story for the first time on screen, in any language, is an incredible milestone,” says Major TV’s Raymond Garcia. “We are honored to have the captivating vision of Kenny Ortega guiding this production. His universal sensibility in story-telling, expertise in resonating with viewers through music and dance, coupled with his sincere cultural and personal connection with Celia, makes this one of the most important, moving, and electrifying musical series of all time.”

“Celia Cruz was a black woman, of limited means, who painfully abandoned her small island and triumphantly conquered the world with the power of her voice.  Her story is a testament of perseverance, hope and inspiration that deserves to be told,” said Omer Pardillo Cid, Executor of the Celia Cruz Estate and her former manager.

Endemol Shine and Major TV previously announced that they had jointly optioned the rights to Chris Perez’s “To Selena With Love,” the best-selling book that tells the late Latin superstar Selena Quintanilla-Perez’s love story through the eyes of her husband.

Major TV is led by Raymond Garcia, formerly publisher and founder of Celebra at Penguin Random House, where he published numerous New York Times and international best-sellers with top authors such as Ricky Martin, Jennifer Lopez, as well as, Gloria and Emilio Estefan.

Endemol Shine North America and its Spanish production division Endemol Shine Boomdog, currently have numerous scripted series in development, including “To Selena With Love” (With Major TV) and the upcoming drama “Nicky Jam: El Ganador,” which is slated to debut later this year on Telemundo and Netflix.

From her modest childhood in Cuba, to her exile years in Mexico, to her remarkable career and life in the U.S., Cruz was a woman of contrasts. Her flamboyant costumes contrasted with her simple and straightforward demeanor. She was open and accessible to her fans, but staunchly private about her personal life. She was uninhibited without decadence, honest without offense, confident but not arrogant, and generous without fault. Yet above all, Cruz was authentic, and it was this authenticity that resonated so deeply with her public.

After Cruz passed away on July 16, 2003, more than a half million people stood in line for hours in order to pay their respects, in both Miami and New York. Millions more paid tribute to her, holding impromptu memorials in living rooms and crowded street festivals throughout the world.

Most recently, Ortega directed, “A Change of Heart” (produced alongside long-time friend and partner, Emilio Estefan, and starring Jim Belushi and Virginia Madsen), “The Rocky Horror Picture Show: Let’s Do the Time Warp Again” for FOX and Disney’s “Descendants” and “Descendants 2,” which premiered to record breaking numbers in July 2017.  The “Descendants 2” Soundtrack also debuted at #1 on iTunes.