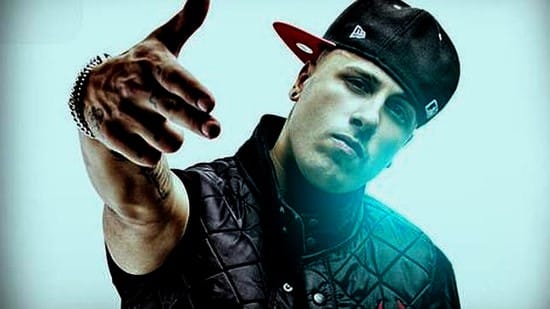 On June 17 SESAC LATINA will celebrate their biggest year yet representing the most successful and influential composers and publishers in the world at its annual SESAC Latina Music Awards presentation taking place at the beautiful Beverly Hills Hotel. During this exclusive celebration, SESAC Latina will honor the creative talent of its songwriters and publishers, including an impressive list of No. 1 charted songs and songs with extraordinary radio rotation.

SESAC Latina Vice-President J. J. Cheng announced that chart topping SESAC composer/performer Nicky Jam would perform during the gala which features an eclectic mix of musical performances selected from the wide variety of artists affiliated with SESAC, the fastest growing society in the world.

SESAC Latina’s newest addition and success story Nicky Jam is the singer-songwriter who currently leads one of the most important Latin music charts of the world, Billboard’s Hot Latin Songs, and it has reigned at No. 1 for nine consecutive weeks with his song “El Perdón,” which features the participation of the legendary artist Enrique Iglesias.

Nicky Jam is one of the pioneers of the urban music movement and is also the winner of the YouTube 2015 award with his song “El Perdón,” obtaining 280 MM+ views (official videos) on the same website since the song’s release this past January. This same hit-single has been No. 1 on Billboard’s Latin Streaming Songs chart for a total of 9 consecutive weeks, as well as on the charts Latin Digital Songs for 13 weeks, Latin Rhythm Airplay for 11 weeks.

SESAC Latina acknowledges the impressive achievements of composers, artists and publishers affiliated annually, presenting awards in various categories, such as: No. 1 on the Billboard charts, Radio Airplay, Music for Soap Operas, Songwriter, Song, and Publisher of the Year, as well as the most viewed YouTube videos.

SESAC Latina is celebrating another year of continued growth and success with this year’s SESAC LATINA MUSIC AWARDS. Just this last week, its affiliates ruled at No. 1 on eight of the most important Latin Billboard charts, including pop, rhythm, Regional Mexican, and streaming/digital.

Notably, SESAC Latina is at No. 1 on Hot Latin Songs, the prestigious chart that ranks the week’s most popular singles on every Latin genre and includes airplay data from the United States and Puerto Rico. More songs by SESAC Latina affiliates went No. 1 and more stayed at the No. 1 position longer.

ABC Signs Up For Full Season Of ‘Dr. Ken’
Miles Teller Comes To The Rescue After Riptide Captures Pregnant Woman And Child