The show—which will debut in 2016, with episodes available for viewers to watch at any time—will feature Ms. Handler’s commentary on topical entertainment and cultural issues, along with guest interviews.

“The Internet has disrupted many of the conventions of traditional television, and together with Chelsea Handler, Netflix is looking forward to reimagining the late-night talk show for the on-demand generation, starting with the late-night part,” said Netflix Chief Content Officer Ted Sarandos.

The move comes amid a generational shift among late-night hosts, including Jimmy Fallon talking over “The Tonight Show” on NBC and comedian Stephen Colbert leaving his Comedy Central show to host CBS‘s  “Late Show” next year.

Netflix will likely release the talk show episodes in a different way than it has debuted its other original series, where it has released all the episodes at once to encourage “binge viewing.”

“When you’re dealing with topical information, the frequency is going to be much more than putting out a bunch of episodes once a year. That wouldn’t work for a talk show,” said Netflix spokesman Jonathan Friedland. He said the show could be weekly or with several separate episodes released a week, but those details are yet to be worked out.

Mr. Friedland said the goal is to develop a talk show that can resonate with Netflix’s global audience and “break free from what is one of the most rigid and sort of old-style forms of television.”

Netflix’s move into talk shows is also aimed at keeping down the costs of producing original programs.

“One of the cool things about talk shows is that successful ones have a really good following and are relatively inexpensive to produce,” Mr. Friedland said. The online video service disclosed earlier this year it plans to spend nearly $3 billion on content in 2014.

Ms. Handler is the host of “Chelsea Lately” on the E! Network and will end her run there in August. She is also the author of five books, including her latest, “Uganda Be Kidding Me,” which is about her travels.

Next year, Ms. Handler will create four new docu-comedy specials exclusively for Netflix, featuring her efforts to gain a better understanding of subjects such as Nascar, politics, Silicon Valley and the NBA draft.

“I wanted to sit with the cool kids at lunch so I approached Netflix to make sure they were as cool as I thought they were,” she said.

The online video service has found critical success with a number of its original programs, including “House of Cards” and “Orange is the New Black,” but hasn’t made public its viewership numbers for those programs.

Morgan Stanley recently said it sees room for large subscriber gains at Netflix by 2020, estimating that Netflix’s decade-end subscribership could be near 55 million, versus its current 35 million subscribers.

By Joshua Jamerson and Shalini Ramachandran 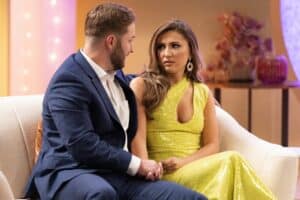 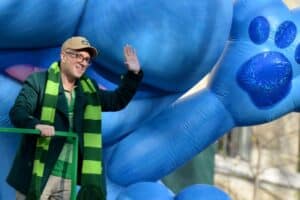 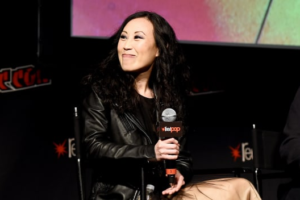