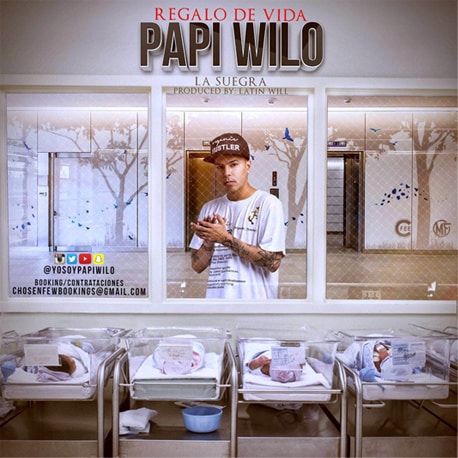 New York, NY (June 28, 2016) –  Some young men these days put themselves In a situation that forces them to make two choices. That one choice will define what type of man he is and who he will end up being for the rest of his life.

“La Suegra” touches upon the story about a young man, who had impregnated his girlfriend, now facing the woman who would soon become his mother-in-law. He tells her in almost a fairy-tale like sequence that he will step up and become a father to the woman he loves. It’s a coming-of-age story of this young man’s future and how he wants to make the right choice for the girl he loves and his soon to be child.

Digitally remastered and upgraded from just a freestyle in a car, this will be Papi Wilo‘s premiere single off of his long awaited album, Persiguiendo Un Sueño. His most popular freestyle to date, “Regalo De Vida (Suegra).”