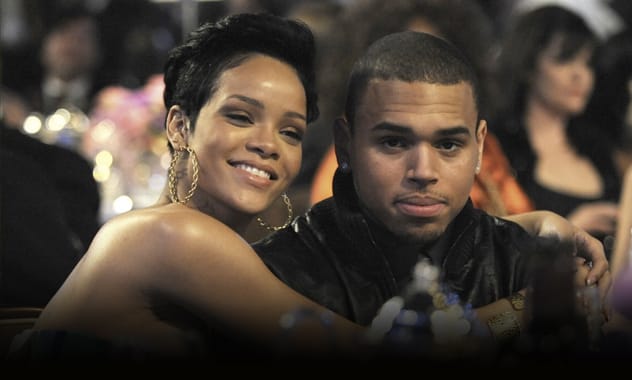 Looks like Rihanna is not the only one with babies on the brain.

In Rih’s candid interview with ELLE U.K., the songstress said she “will probably have a kid” within the next five years. Now we discover Chris Brown, Rihanna’s on-again boyfriend, is also feeling up for kids.

“Chris feels the same way — he would have a baby with RiRi,” a source told HollywoodLife exclusively, “but that’s way down the road because they’re both young and in their prime. But yeah, Chris wants kids one day.”

The source added that given their young age and where they are in their careers, “they don’t pressure each other on stuff like that.”

Meanwhile, Brown’s fan base grew by one more this weekend: Rapper Fabolous, who collaborated with Brown on a track on his new album, said Brown is really a good guy but someone the public doesn’t understand, per the New York Post.

“I don’t believe he’s a bad person,” Fabolous told NY Post’s Page Six. “I believe, even if you’re looking at the situation with Rihanna, things happen and you move on.” The rapper added that “the public has perceptions of people off of what they see, not what they know,” an opinion Rihanna has voiced herself in the past.

“When you add up the pieces from the outside, it’s not the cutest puzzle in the world,” Rihanna told Rolling Stone magazine just last month after the backlash she received for getting back together with the guy who assaulted her. “You see us walking somewhere, driving somewhere, in the studio, in the club, and you think you know. But it’s different now.”