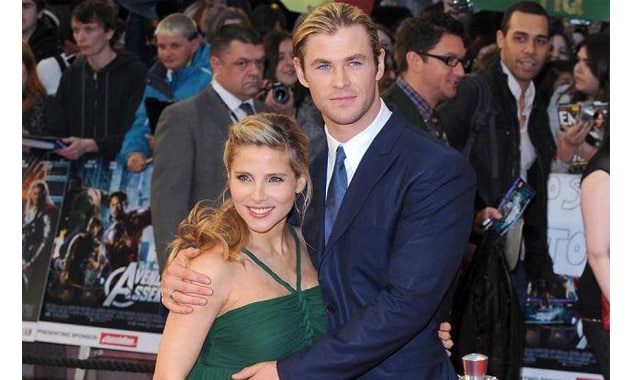 Chris Hemsworth, who flexes his superhero muscles in The Avengers, and his actress wife Elsa Pataky welcomed a baby girl on Friday.

They named their first child India. “We love the country and love the name,” Hemsworth, 28, tells USA Today.

Hemsworth, who also stars in the upcoming Snow White and the Huntsman, and Pataky, 35, who appeared in Fast Five, tied the knot in 2010.

When she announced her pregnancy, the Spanish beauty had some other news – for Hemsworth. – saying he’d better brush up on his language skills.

“I’m only going to speak to the baby in Spanish,” she said in an interview in Hola! magazine. “I already told my husband, ‘Get ready fast with Spanish because, if not, you’re not going to be able to understand what we say.”

Sarah Jessica Parker Joins ‘Glee’ Season 4, Along With Kate Hudson
Jennifer Lopez on Working With Her Beau—and Will She Be Back for Another Season of American Idol?