This fall’s hottest, funniest, sweetest actor stepping up to the plate and generating the most buzz with critics and moviegoers? Is it Brad Pitt … or could it be Chris Pratt?

Best known as the lovable goofball Andy the shoe shiner on NBC’s Parks and Recreation, Pratt, 32, is earning rave reviews for his portrayal of former Oakland A’s baseball player Scott Hatteberg in the Oscar contenderMoneyball.

Discovered by a director while waiting tables in Maui at the age of 19, the Seattle-area native next stars opposite real-life wife Anna Faris in the romantic comedy What’s Your Number, in theaters on Friday.

Here are five facts about the swoon-worthy funnyman:

1. He’s dedicated.
Pratt lost about 40 pounds (he cut out sugar, carbs, salt and alcohol) and trained with former Major League Baseball players six days a week for six weeks, even learning to hit left-handed, to play Hatteberg. “At times it got a little overwhelming, but I was determined to become Scott Hatteberg,” says Pratt, who hadn’t played since Little League. “This was the hardest I’ve ever worked, and it’s been a real victory for me.”

2. He’s BFF with Brad Pitt – almost.
“I think I earned his respect during the course of the movie, and that’s the best thing I could possibly ask for,” says Pratt. “He knows who I am, and he knows a little bit about me, and we’re cool. If he asked me to go have a beer with him, I would drop everything to go. I would even start drinking again! He’s charismatic and intoxicating. He makes me want to be in the room with him, and when I am, I want to stay there talking to him as long as I can. He’s a terrific guy, and he’ll go down as one of the greatest actors.”

3. He adores his wife, Anna Faris.
Growing up 15 minutes from each other in Washington state, but meeting for the first time on the set of Take Me Home Tonight in 2007, Pratt and Faris married in a small ceremony in Bali on July 9, 2009. “I can’t think of a better human being on the planet. She is so perfect in many ways,” Pratt says of the Scary Movie star, 34. “She understands the sacrifice that is required to do this thing we’re called to do. She has the ability to joke and relieve tension in tough times. She has the uncanny ability to pay the right compliment at the right time and puts everyone at ease. Everyone I know wants to hang out with her and loves her as I do when they meet her. I’m very lucky.”

4. He’s a fan of Broadway musicals.
The former Everwood star is proud to admit he enjoys singing show tunes. “I love musicals,” he says. “For a guy who fishes and hunts and drives a 4×4 truck, I love the Broadway blockbuster Wicked. I love singing ‘Defying Gravity’ in my car a lot!”

5. He is a goofball.
Like his Parks and Recreation alter ego, Pratt reveals he has a silly personality. “I’m a lot like Andy. If you asked the 10 closest people to me, I doubt they would say I’m serious,” he says. “Andy has my heart, and I have his naiveté, but only with my day-to-day jokes. I’ll look at people with an earnest, naive face and ask them the dumbest question possible and put them on the spot because they don’t want to hurt my feelings. That’s my kind of humor.” 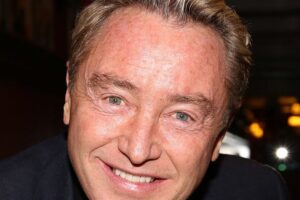 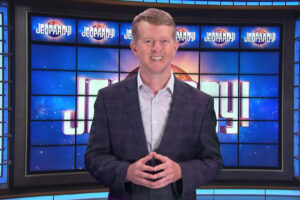 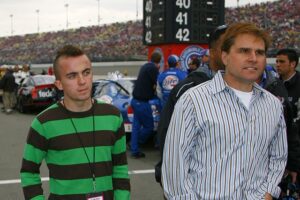 Sylvia Robinson, Pioneering Producer of Hip-Hop, Is Dead at 75
LeAnn Rimes Laughs at the Lies About Her and Eddie