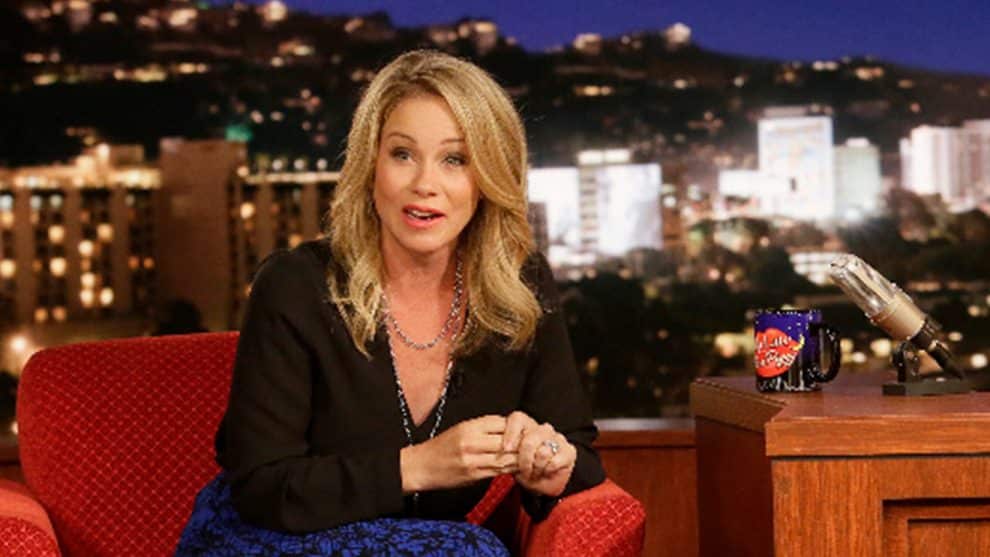 Christina Applegate is doing everything she can to make sure she’s there to see her daughter grow up.

The 45-year-old actress, who had a double mastectomy in 2008 after being diagnosed with breast cancer, revealed to Today on that she underwent surgery two weeks ago to have her ovaries and fallopian tubes removed to reduce her risk of further cancers.

“My cousin passed away from ovarian cancer in 2008. I could prevent that,” Applegate shared. “That’s how I’ve taken control of everything. It’s a relief. That’s one other thing off the table. Now, let’s hope I don’t get hit by a bus.”

The actress revealed that she has the BRCA1 gene mutation, which increases her chances of developing cancer. Applegate fears that her 6-year-old daughter, Sadie, could have the gene as well, and has made adjustments to her lifestyle as a result.

“The chances that my daughter is BRCA positive are very high,” she said. “I look at her and feed her the cleanest foods. I try to keep her stress levels down. I’m doing everything I can on my end knowing that, in 20 years, she’ll have to start getting tested. Hopefully by then there will be advancements. It breaks my heart to think that’s a possibility.”

“We grow our own vegetables,” she continued. “That’s not an option for everyone. But just get a tomato plant!”

“We’re a 100-percent-organic house. My daughter is a vegetarian and practically vegan. That’s her choice. That’s how she eats. We’re really conscious about what we buy,” she added. “Get some kale! Plant some green kale in your backyard and throw it into everything.”

Applegate sees her oncologist every six months for a checkup, and encourages women to see their doctors and start getting mammograms as soon as possible. She also tries to live a low-stress lifestyle, which she admits isn’t always easy.

“That’s a hard thing to say to people, especially right now,” she said. “We’re living in a bizarre time. We’re bombarded by what’s going on in our world. Breathe deeper. That’s a big one for me. I used to be a stressed-out person. I’m not anymore. I try to find the lining in everything in life.”

Applegate’s attitude has also motivated her to look out for others. She founded the non-profit, Right Action for Women, to give more women access to genetic testing.

“We’re at this place where we need to sit down and figure out the future of what it is that we’re doing and get into more of the BRCA tests for women,” she explained. “That’s a huge cost for a lot of people who don’t have perfect insurance. If you do know you have the gene, it gives you an empowerment about your lifestyle.”

Applegate isn’t the only celebrity to open up about women’s health. Angelina Jolie also has the BRCA1 mutation, and chose to have a double mastectomy and her ovaries removed.