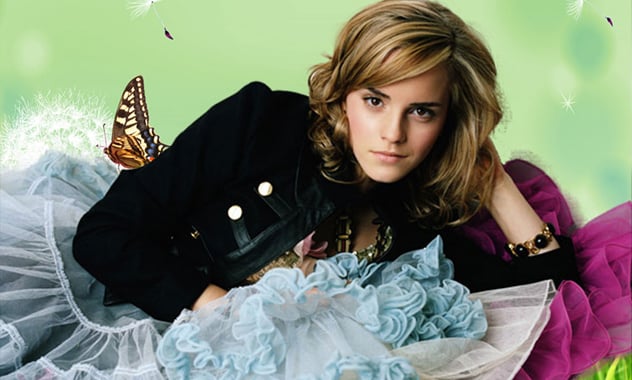 Disney would like to slip the glass slipper onto Emma Watson as the star of “Cinderella.”

While the actress does not yet have the role, Watson is in very early talks with the studio to play the character in the live action adaptation that Kenneth Branagh will direct, and Simon Kinberg will produce. Cate Blanchett will play the wicked stepmother.

It’s the latest fairy tale the Mouse House is getting into the megaplex after Tim Burton’s “Alice in Wonderland,” Sam Raimi’s “Oz: The Great and Powerful,” and Angelina Jolie vehicle “Maleficent,” based on “Sleeping Beauty’s” villainess.

Mark Romanek was once attached to helm “Cinderella,” based on a script by Chris Weitz and a pitch by Aline Brosh McKenna (“The Devil Wears Prada”). Studio hopes to begin production sometime this fall and release the film in 2014.

Disney would not comment on the discussions with Watson. It also considered Gabriella Wilde (“The Three Musketeers”), Imogen Poots (“Need for Speed”) and Alicia Vikander (“Anna Karenina”), but couldn’t lock down deals due to scheduling and other considerations.

Watson has been busy since the “Harry Potter” franchise finished its run at the megaplex.

She received raves for her role in “The Perks of Being a Wallflower,” and has completed roles in Darren Aronofsky’s “Noah,” the Seth Rogen and Evan Goldberg comedy “This is the End,” and signed on to the drama “Your Voice in My Head,” that David Yates was attached to direct for Warner Bros. before he left the project last year.

The Disney version isn’t the first time Watson has circled the Cinderella role.

In 2009, she considered starring in a musical featuring the character that Marilyn Manson was planning to write and direct.

Watson is repped by WME.

Hector ‘El Father’ Lays Claim To The Harlem Shake
‘The Hobbit: There And Back Again’ Not To Release Until December 2014