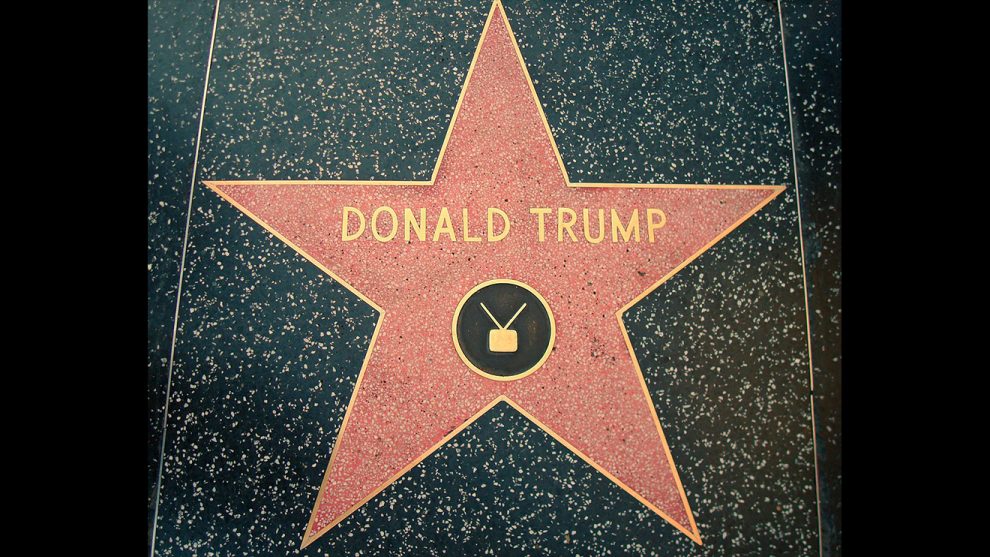 Since the 2016 presidential campaign, Donald Trump’s star on the Hollywood Walk of Fame has been vandalized several times. Now, the City of West Hollywood is trying to get it removed all together.

TheWrap reports that the West Hollywood City Council voted Monday night on a proposal urging the removal of President Trump’s star from the famous tourist attraction. However, they do not have any jurisdiction over the Hollywood Walk of Fame, making the vote more of a symbolic one.

“The West Hollywood City Council did not pass the resolution because Donald Trump is a conservative or a Republican,” West Hollywood Mayor Pro Tem John D’Amico told the outlet. “Earning a star on the Hollywood Walk of Fame is an honor. When one belittles and attacks minorities, immigrants, people with disabilities or women—the honor no longer exists.”

West Hollywood Mayor John Duran explained that the council had never before made a removal request in regards to the stars.

“Never have we intruded into our neighboring city’s business like this. But the circumstances compelled us to make an exception to the rule,” he said, per CNN.

The proposal also calls for the Hollywood Chamber of Commerce, which does hold jurisdiction over the Walk of Fame, to revamp the criteria with which potential star candidates are judged. As of now, 2,500 individuals have their own star.

However, a removal is no easy feat.

In past instances, the Hollywood Chamber of Commerce has said that once a star is given, it will remain. Trump’s star is located near director Brett Ratner‘s and Kevin Spacey‘s, both of whom have been accused of sexual misconduct. The governing body told TheWrap on Monday that “as of now,” there are no plans to remove President Trump’s star.

When Observer asked what the Hollywood Chamber of Commerce’s reasoning is for never removing a star, Gubler responded: “The Walk of Fame is a historical, cultural landmark and it is not an award to be given and taken back but a tribute to people’s accomplishments. We are disappointed when honorees’ later actions tarnish their stars but we do not remove stars.”

The West Hollywood City Council counters that the Walk of Fame is “property of the City of Los Angeles,” thus the city retains the “ultimate responsibility for the condition and maintenance of the Walk of Fame.”