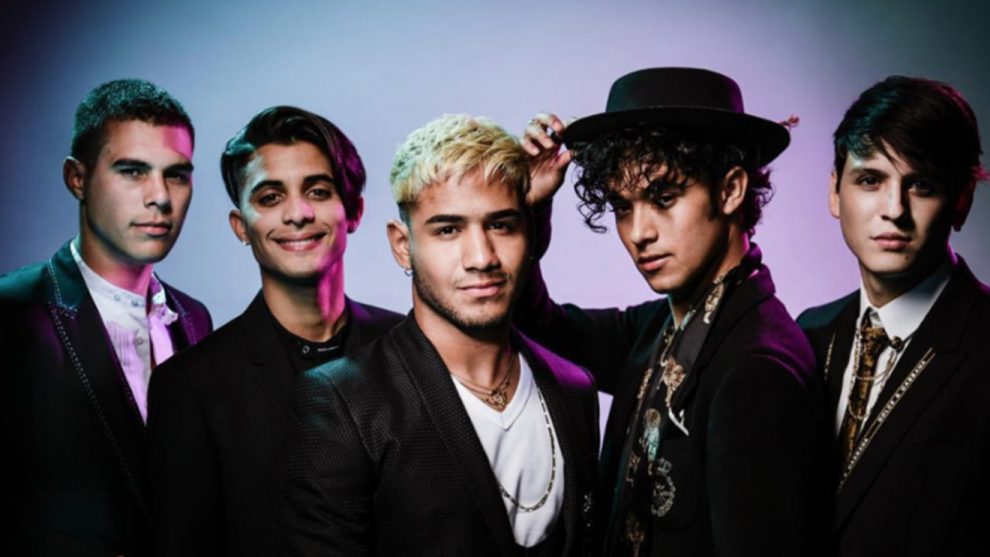 LOS ANGELES, CA. (Friday, April 27, 2018). Last night, CNCO, the Latin group that has become a musical phenomenon around the world, was awarded during the Billboard Latin Music Awards, the award for ‘Latin Pop Artist of the Year, Duet or Group’. In addition, the talented young artists took over the stage to perform their mega-hit ‘Mamita’ for the first time live at an awards show. The prestigious awards ceremony took place at the Mandalay Bay Events Center in Las Vegas, Nevada and was broadcast live on the Telemundo network.

“Mamita” is the second single from the quintet’s newest production, which debuted at #1 on sales charts in the United States and Puerto Rico, becoming the most successful debut by a Latin act in 2018 thus far. It should be noted that CNCO (the album) also earned the #1 spot on digital sales charts in 13 countries across the Americas, including Canada, Mexico, Argentina, Bolivia, Chile, Colombia, Costa Rica, Dominican Republic, Ecuador, Guatemala, Panama, Peru and El Salvador.

CNCO has broken all language barriers and has established itself as an unstoppable global force with it’s sophomore album by also debuting on the Top 20 charts in more than 30 countries in four continents, including remote nations such as Singapore, Bangladesh, the Philippines, Cameroon, and Israel; as well as European territories like Italy, the Netherlands, Spain, Ireland, among many others.

Recently the group concluded an incredible promotional tour across major cities in the United States and Europe, where they had stops in Spain and Italy, and visited Germany and Sweden for the first time. After the awards ceremony in Las Vegas, CNCO is gearing up to continue promoting their new album all over Latin America with visits to Mexico, Brazil, Argentina, and Peru.

As if this wasn’t enough, the hit Reggaetón Lento (Remix)” feat Little Mix, which recently earned them the iHeartRadio Music Award in the category of “Best Remix,” this week also granted them a Multi-Platinum certification for over 5 million sales globally.

CNCO is conquering each corner of the planet, reaching markets like Asia, Africa, Europe, Australia, regardless of cultural or language barriers. With the success of their new album, the group is cemented as one of the most prestigious Latin acts with the widest reach in recent memory.