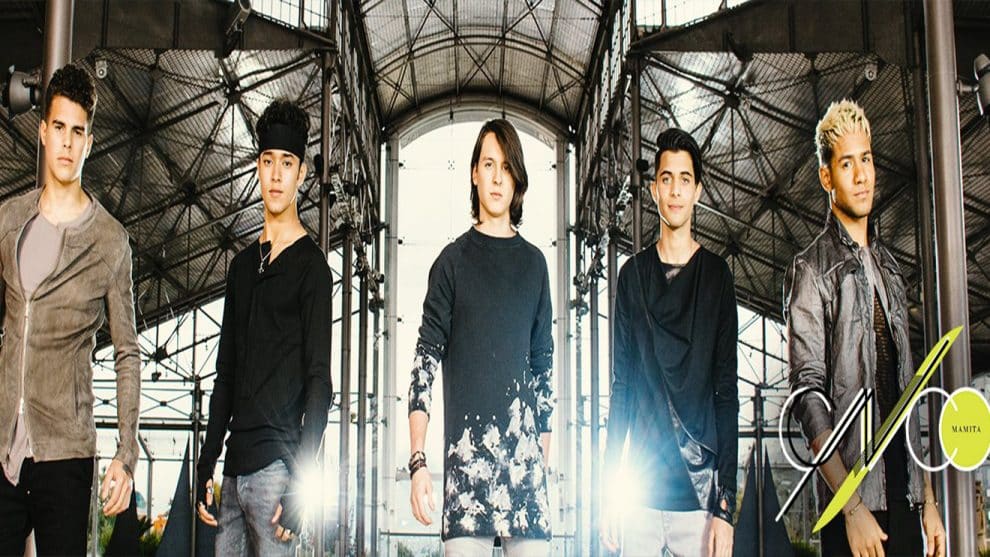 LOS ANGELES, CA. (January 29, 2018) – Popular Latin pop band, CNCO, was included in a special report titled “Reggaeton Rising” by CBS network, which speaks of the impact that Reggaetón is enjoying worldwide and of the importance of digital platforms and social media in the emergence of this phenomenon.

The piece, which is now available via www.cbsnews.com, includes images from CNCO’s sold out concert at the Movistar Arena in Chile, which confirms the band’s popularity and convening power, whom during 2017, sold out over 40 concerts in 15 countries.

“Reggaeton Rising” also included some of the most popular and representative artists in the genre such as: Daddy Yankke, J Balvin, Luis Fonsi, among others. The report comes out in the wake of the great representation of Latin music at the 60th Annual GRAMMY Awards ceremony, that was celebrated last night in New York.

Despite their short career, Zabdiel, Joel, Christopher, Erick and Richard, have managed to transform CNCO in one of the most important bands of its generation thanks to their undeniable talent.

Currently, CNCO is promoting the music video for their most recent single, “Mamita,” which just after 10 days of its released has amassed more than 18 million views on YouTube.

At the moment, the band is working on the final details of what will become their sophomore album, which is set to see the light in the upcoming months, as well as preparing to participate in the renowned Viña del Mar Festival in Chile at the end of February.

About CNCO:
In just two short years, CNCO has become one of the most sought after musical acts in the world. Tallying over 3.3 billion video views, 1 billion-plus streams, and multiple platinum certifications, their 2016 full-length debut “Primera Cita” cemented them as superstars. In the wake of its release, the group received a Latin GRAMMY® Award nod in the category of “Best New Artist” at the 2017 ceremony in addition to winning 3 Latin Billboard Awards, 6 Latin American Music Awards, 5 Premios Juventud, and 3 Premio Lo Nuestro Awards. Their most successful single to date, “Reggaeton Lento,” crossed the 1-billion mark and became the “#5 Most-Viewed Video on VEVO.” Selling out 40 concerts in 15 countries in 2017 alone, the group proved its status as a touring and ticket-selling machine. Given their success, the young stars were the opening act for Latin icons Enrique Iglesias and Pitbull across the United States and Canada. Recently the band received 4 nominations to the iHeartRadio Music Awards including “Latin Song Of The Year” and “Latin Artist of The Year”; the ceremony is set to take place on March 11th in Los Angeles.