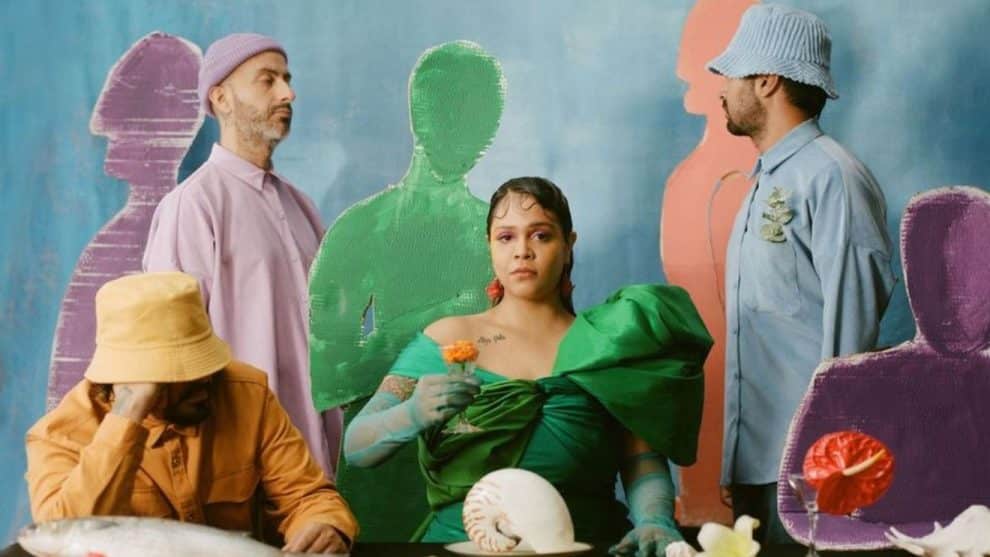 “Combo Chimbita deals with the subconscious, while diving into shared mythologies; the circular guitar riff is hypnotic, while the percussive appeal lifts [their] music to another realm.” – CLASH

Continuing their musical saga, Combo Chimbita roar back onto the global stage with their cathartic new album IRÉ, channeling the fear, rage and empathy of a world in flames into  an urgent spirit of musical dissidence. Out today on Anti- Records, the album’s evocative title is forged upon double-edged meaning. On one hand embracing the divinely inspired blessings and prosperity foretold by our spiritual elders, and on the other a brazen, propulsive affirmation of revolutionary futures in the making. Afro-Caribbean transcendence, bewildering chants, booming drums and psychedelic distortion lay the rhythmic foundation for IRÉ; a testament to the ever expanding scope of Combo Chimbita’s sonic palette and their modes of resistance in realms both spiritual and terrestrial.

Described by NPR’s Alt.Latino as an “otherworldly presence,” Combo Chimbita is the creative unity of Carolina Oliveros (vocals, guacharaca), Niño Lento es Fuego (guitar), Prince of Queens (bass, synthesizers) and Dilemastronauta (drums), who together transcend common concepts of time and nationality. As self-described Abya-yalistas seeking meaning beyond a Latin American framework, they carry the burning torch of an unbroken, insubmissive people, unshackling their essence from the cruelty of conquest throughout Abya Yala. “Music is a tool of connection across time, territory and generations,” says Prince of Queens, echoing the visual metamorphosis for single “Memoria” and Combo Chimbita’s own decolonial shedding of skin. 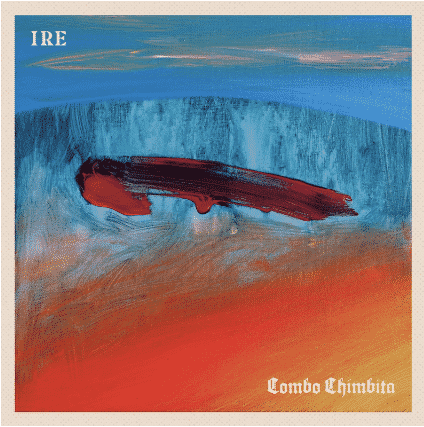 Within this limitless temporal vision, IRÉ finds its rallying spark in convulsive present day realities by metabolizing the anxieties of systemic racism, capitalist decadence, totalitarian governments and the attempted erasure of queer and trans people. Early writing sessions in the summer of 2020 found Combo Chimbita grappling with the limbo of the COVID-19 pandemic, while a firestorm of Black Lives Matter protests swept through streets around the globe. Months later, they flew to Puerto Rico to record and mix the LP, working in relative seclusion and bearing witness to the suffocating complexities of the island’s imperialist tether to the U.S. With every bang of the drum, IRÉ grew into an expanded canvas depicting and defusing existential tension, reaching critical mass in April 2021 as the band departed for Colombia. Plans to film videos for singles “Mujer Jaguar” and “Todos Santos” were postponed to prioritize and support one of the biggest people’s uprisings in the country’s modern history, where a new generation of Colombians continue the fight against corruption, state-sanctioned violence, and oppressive governance.

“Every day, young people across Abya Yala put their necks on the line,” says Oliveros, whose soaring wails on the wordless lead single “Mujer Jaguar” echo the generational trauma reverberating through Abya Yala and galvanizes a battle cry for the next torch bearers across Combo Chimbita’s storytelling for IRÉ.

Seeking greater understanding, Combo Chimbita explored Oliveros’ extensive study of bullerengue and sacred drumming traditions, which connected to the diasporic influence of Yoruban culture and its many syncretic manifestations across Abya Yala. “Our roots are calling to us,” she says about IRÉ’s deeper plunge into spirituality, which had already shaped much of the band’s previous album, Ahomale (2019), and infuses fresh life into cuts like “Babalawo,” “Oya,” and the time-twisting hymn, “Todos Santos.”

But Combo Chimbita’s musical quest is not only spiritual. Tracks “Yo Me Lo Merezco” and “Lo Que Es Mío, Es Mío” radiate a very different kind of divine feminine strength and radical self love emerging in Oliveros’ songwriting. “Those songs are from me to me,” she says. “They’re gifts I decided to give myself – an affirmation that we deserve to unapologetically enjoy the rewards we’ve worked to attain.” Where conflict was undoubtedly a catalyst behind IRÉ, vulnerability, reflection, and healing become integral to find zen between body, soul, and mind. “We’ve grown,” she adds. “We’ve changed. We’re evolving.”

After partnering with La Ruta Studio in Colombia for “Mujer Jaguar” and “Todos Santos,” the release of IRÉ is accompanied by four auto-fictional narrative videos with prominent queer and trans performance artists in Puerto Rico for singles “Memoria” and “Babalawo,” as well as “Oya” and “Yo Me Lo Merezco.” The foregoing series, produced by trans director and manager Oscar Diaz, “builds a critical bridge with queer & trans artists whose work illuminate ways of resisting, of living, [and] of stretching into generations of wisdoms,” they added. Each single release has made this clearer, with UPROXX trumpeting Combo Chimbita as “making some of the most incredibly inspired music in the world right now… [and] pushing incredible boundaries in keeping these stories at the forefront.”

In line with the prophecy of abundance in IRÉ, the album gave platform to collaborations across Abya Yala, including portraits from Camila Falquez paying tribute to Black Cuban artist Belkis Ayon, and a behind the scenes documentary about the album production process directed by Dominican filmmaker Dior Rodríguez. Combo Chimbita also collaborated with Peruvian visual artist Renzo Ortega for the album’s beautiful hand-painted cover and its many vividly colored centerpieces, which flowed from the music onto the brush and canvas.

“Within the saga of Combo Chimbita,” reflects Niño Lento es Fuego about each of the band’s releases, “El Corredor del Jaguar (2016) finds this eternal being lost outside their realm and returning to Abya Yala (2017) in order to heal and restore peace to the continent. Ahomale (2019) appears as a guiding energy of resistance and now IRÉ (2022) represents those chosen to lead the revolution and materialize the good fortunes foretold in their divinations.”

“It’s important to listen and feel this worry and the desire to change and improve things,” adds Oliveros, capturing IRÉ’s transcendent purpose to heal and construct a new world through the power of music. Like the jaguar before them, Combo Chimbita carries on; delicate, resilient and roaring

IRÉ is out now via Anti- Records