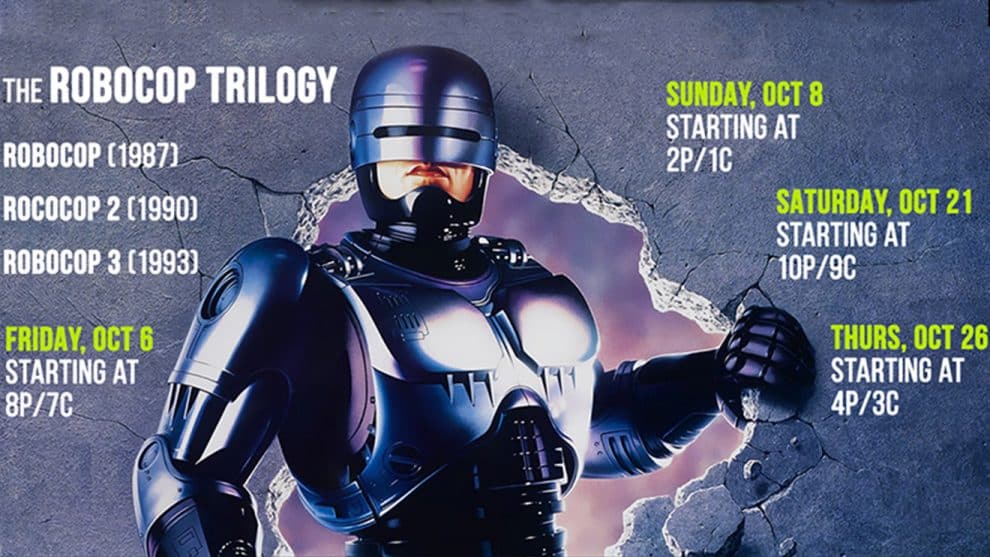 October is here, and with it, COMET TV has some amazing programming this month, including the Underground Horror film series, with classic monsters, ghouls and more sure to give you enough scares for Halloween!

Also, we have the Robocop trilogy, which is awesome. Who doesn’t love a good Omni Consumer Product?

New this month is also Andromeda, the Kevin Sorbo series from Star Trek creator Gene Roddenberry. It airs weekdays. But you can check out everything COMET TV has on our handy schedule!

NEW ON COMET IN OCTOBER

Andromeda
Classic Space Opera is coming to COMET! Based on materials from sci-fi legend Gene Roddenberry, Andromeda stars all action hero Kevin Sorbo as the Captain of the Andromeda Ascendant, a highly advanced ship whose crew is charged with restoring power and stability to the Systems Commonwealth. But, to succeed the Andromeda crew must battle one of sci-fi’s weirdest looking bad guys….the sinister Magog! Weekdays at 2P/1C and 10P/9C

Stargate: Atlantis
If you thought gate-hopping action was fun in the Milky Way, just wait until you see what it’s like in the Pegasus Galaxy. Stargate: Atlantis sees a team of international scientists unlocking the secrets of a legendary ancient city, discovering a whole new stargate network in a whole new galaxy, and bringing them face to face with the Wraith, a powerful enemy who are best summed up with the term ‘Evil Space Vampires’!  Weekdays at 3P/2C and 11P/10C

October, demons, blood guts and gore, that’s what the month will bring to viewers. Join COMET TV for a horror retrospective of some of the most ingenious films, sure to scare the most die-hard fans of the genre. From classics to contemporary, COMET TV has them all.

See The Newest Athleisure Wear Exclusive To Target Making A Huge Impact
Luis Fonsi, Ricky Martin, Nicky Jam And Chayanne Have All Taken A Single Flight Together To Go To And Lend Aid In Puerto Rico